Disney (NYSE:DIS) is the new belle of the streaming video ball, and after signing up more than 10 million users just hours after last week's launch it has raised the bar when it comes to successful debuts for premium platforms. The competition has to be inwardly worried, even if it's showing some more dismissive bravado externally.

AT&T (NYSE:T) COO and WarnerMedia CEO John Stankey became the latest rival to offer a backhanded compliment to Disney+ this week. Speaking at Recode's Code Media conference in California on Monday, he congratulated Disney on its initial success -- only to wonder if the media giant can keep the momentum going.

"The bigger trick here for most of these streaming services is how many of those 10 million customers are there in 6 months," Stankey asked. It may seem like a fair question, but it doesn't seem to understand how these 10 million accounts materialized and why they're not going anywhere anytime soon. 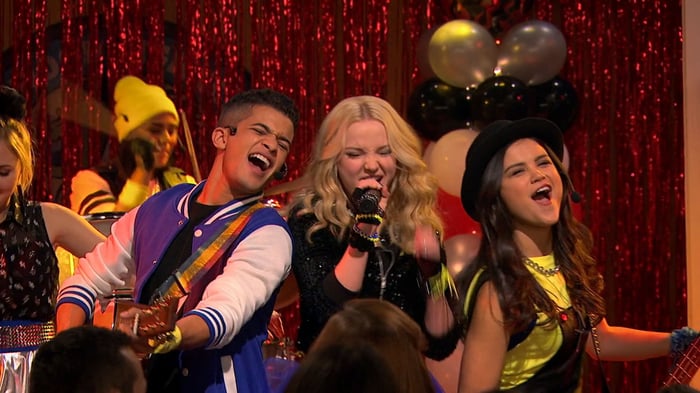 There are a lot of head-turning services rolling out in the coming months, including AT&T's own HBO Max, which perhaps not so coincidentally launches in six months. Is Stankey cocky enough to assume that Disney+ viewers will abandon ship and sign up for HBO's premium offering when it debuts in May?

We'll get to the potential shortcomings of HBO Max soon, but for now let's go over why Disney isn't worried about a dip in subscribers by the spring of next year. One of the smartest things that the House of Mouse has done is lock up most of those 10 million subscribers for at least a year. In the months leading up to the service's Nov. 12 rollout Disney offered several of its fan bases -- theme park annual pass holders, members of its D23 enthusiasts club, and holders of its Disney-branded Visa credit card -- deeply discounted rates for folks prepaying for one, two, and in some cases even three years of Disney+.

Disney then struck a deal with Verizon (NYSE:VZ) for a free year of Disney+ for its high-end customers, just as HBO Max will likely snuggle up to parent AT&T's wireless platform next year. A lot of folks are probably signing up for month-to-month plans now, but it would be a shock if most of those 10 million accounts aren't folks locked up for 12, 24, 36, or even 48 months (since the Verizon promo can be stacked on top of the multiyear deals).

WarnerMedia's Stankey could've meant how many of these 10 million users will still be engaged by the time his own premium service rolls out, but as far as subscribers on the books at Disney the goalposts are all the way out to November of next year. Disney already has one hit original property in The Mandalorian, the Star Wars-based galactic bounty hunter series. A lot of other shows will roll out between now and then, and that's before we consider the massive vault of content.

One of the biggest selling points of Disney+ is decades of classic content. It also doesn't hurt that there are a lot of people that love watching the same Disney content over and over. I could be biased as a Disney-centric household, but my two sons -- now in their 20s -- had no problem with repeated viewings of The Lion King, Toy Story, and even iconic The Simpsons episodes as they were growing up. Disney+ audiences aren't going away once The Mandalorian runs its course.

HBO Max should also find its audience next year, but as what will be the priciest of the premium streaming services -- outside of the all-inclusive over-the-top internet television platforms -- it's going to be a hard sell at more than double the rate of Disney+ and other newer offerings. Even a bundle of Disney+, ESPN+, and ad-supported Hulu is $2 a month cheaper than HBO Max.

Disney+ struck the right balance of nostalgia with a commitment to original content across its biggest franchises. It then shocked the world with its aggressive pricing. It has signed up most of its early users through through at least the next year, and in some cases as long as late 2023. It's pretty neat when a top dog among consumer discretionary stocks has its core audience on lock. We know exactly where it will be in six months, but the same can't be said about HBO Max.