While the world of biotech has always been an interesting one, now's an especially exciting time to consider investing in the sector. There are many potential blockbuster drugs awaiting U.S. Food and Drug Administration (FDA) approval, with a number of treatments having already received a thumbs-up earlier this year.

For the companies that have been behind these breakthrough solutions, their financial prospects have never been better. Specifically, Amarin (NASDAQ:AMRN), Portola Pharmaceuticals (NASDAQ:PTLA), and Tandem Diabetes Care (NASDAQ:TNDM) are all likely to see their stock prices rise dramatically in the coming year due to treatments they are developing or have already developed. 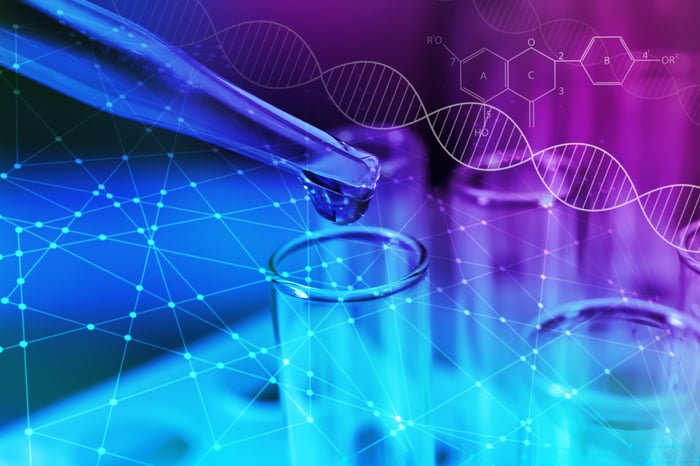 The excitement behind Amarin has only further jumped after an FDA committee recommended its fish oil drug, Vascepa. This drug has already been approved to treat patients with elevated levels of triglycerides, but not necessarily those at risk of adverse cardivoascular events such as heart attacks and strokes. However, results from a new study have shown promising results in Vascepa's effectiveness as a way to help patients with these conditions. Amarin hopes that the FDA will widen Vascepa's potential use for patients at high-risk of having a heart attack or stroke, a decision which would substantially increase Vascepa's potential addressable market.

For this reason, investors were paying close attention to the FDA committee scheduled in mid-November to review Vascepa. The results were overwhelmingly positive and gave Amarin's drug a major thumbs-up. Now, investors are waiting to see if the FDA will extend Vascepa an expanded indication for high-risk cardiovascular patients on Dec. 28.

Many analysts on Wall Street are already considering Vascepa to be the next blockbuster drug in the cardiovascular disease sector, with some expecting peak revenues to exceed $4 billion annually by 2028. Considering that Amarin's third-quarter 2019 revenue came in at only $112.4 million for the quarter, Vascepa's potential approval would be a game-changer for the company.

At the same time, major healthcare organizations such as the American Heart Association, American Diabetes Association, the European Society of Cardiology have all recommended Vascepa as an effective way to lower LDL cholesterol in patients. When one looks at these recommendations, as well as the thumbs-up from the FDA committee in November, it's not surprising to see why the odds seem to be in Amarin's favor for Vascepa's official approval later this month.

Portola Pharmaceuticals is developing the only anticoagulant reversal agent on the market, something that can be a lifesaver for patients who suffer from uncontrollable bleeding often seen as a side effect of today's generation of blood thinners (also known as anticoagulants). Specifically, Portola's drug treats patients using Johnson & Johnson's rivaroxaban and Pfizer's apixaba, two of the most prevalent blood thinners on the market. This drug, Andexxa, has already received a number of designations from the FDA, including the all-important Breakthrough Therapy designation, and has earned approval for commercial production in the U.S. earlier this year.

Although Andexxa is a relatively expensive treatment, costing $27,500 per patient dose, the fact that it would be the sole treatment to an otherwise life-threatening side effect means that cost won't prove much of a deterrent until a cheaper replacement to Andexxa is produced (which doesn't seem to be imminent).

In 2017, there were 140,000 hospital admissions due to uncontrollable bleeding due to anticoagulants, which are prescribed to patients to lower the risk of blood clots.. Assuming a $27,500 average price point per patient dose, this would put the American market for Andexxa in the $3.85 billion range, if not more. Thus, it's not surprising that this one drug could catapult Portola, a $2.2 billion market value company, into a much higher valuation.

Tandem Diabetes is different from the other two biotech stocks mentioned above. Instead of offering a revolutionary new drug candidate, Tandem is a leading manufacturer of insulin pumps for patients with type 1 diabetes. These pumps help automate insulin dosing in patients and managing their blood sugar levels.

Shares of Tandem have already more than doubled since the start of the year, but there's still plenty of long-term potential for the company. Sales for Tandem's newest insulin pump -- t:sim X2, which incorporates a continuous glucose monitor from DexCom -- have been surging and show little signs of slowing down.

Worldwide pump shipments jumped by 112% worldwide from last year, while the company's profit margins have improved steadily, from negative 34% to just negative 6% during the same period. Tandem's year-end projections put its 2019 sales somewhere around the $365 million ballpark. This is a significant increase from the $183.9 million revenue in 2018 and the $107.6 million figure in 2017.

The market for insulin pumps is still quite far from being saturated, with plenty of room for Tandem to grow in the coming years. This is especially true in international markets, with other countries such as Canada having recently announced regulatory approval for Tandem to sell t:slim X2. Overall, Tandem's strong growth so far seems likely to continue for at least a few more years before slowing down, with investors likely to enjoy significant gains from the stock in the meantime.