The tobacco industry has been a cash cow for investors for decades, and Altria Group (NYSE:MO) has successfully sustained its position atop the U.S. tobacco industry through thick and thin. Despite facing existential threats on multiple occasions over the course of its history, Altria has nevertheless managed to survive and use its ample pricing power to overcome the negative impact of the trend away from smoking over the years.

Dividend investors have been quite happy with Altria's stock, as it has not only managed to boost its payouts year in and year out but also has delivered strong price appreciation during its history as well. However, as new regulations on e-cigarettes call into question one of its potential strategies for the future, Altria has some wondering if it can sustain its track record for dividend excellence. Let's look more closely at Altria and how things look for its dividend in 2020.

Altria doesn't get enough credit as a dividend stock because of the corporate moves it's made over the years. The tobacco giant has made some big transactions in the past, including acquisitions of unrelated businesses in an attempt to diversify its business. Later on, Altria decided to make multiple spinoffs of its ancillary businesses in order to focus on the U.S. tobacco industry. In the process, the company ended up paying less to its shareholders in dividends than it did prior to the spinoffs. But when you make allowances for the value of the spun-off companies and the dividends that those spinoffs produced, dividend investors have enjoyed a half century of payout growth.

Over the past decade, Altria has doubled its dividend, but the pace of that growth hasn't been entirely consistent. Throughout much of the period, Altria made regular, modest hikes that added up to considerable gains. Yet during 2018, the company made a rare double-bump, taking advantage of more favorable corporate tax rates to pass on extra cash to its shareholders. 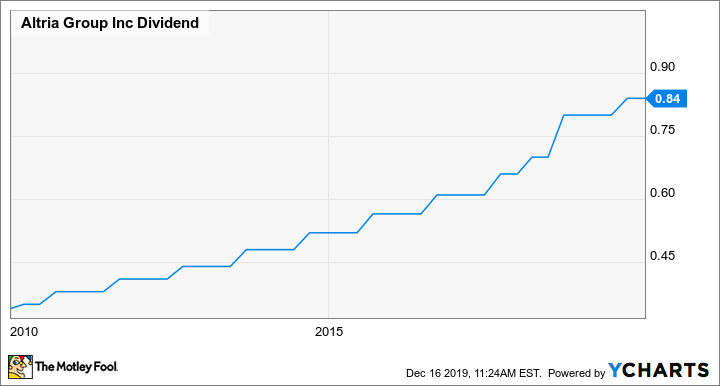 In 2019, though, Altria returned to a more typical boost, hiking its dividend 5% to its current level of $0.84 per share quarterly. Investors took that in stride, but they've also kept an eye on current events that have affected the tobacco giant's prospects for the coming years.

Will Altria reward its shareholders in 2020?

Altria has had to deal with new problems recently. After the company made a massive investment in e-cigarette manufacturer Juul, the U.S. Food and Drug Administration has started to clamp down on e-cigarette use. Once hailed as a potential pathway away from traditional cigarettes and therefore as a new growth opportunity for Altria, many of those following the tobacco industry now wonder if regulators will put an end to the fast-growing e-cigarette market. 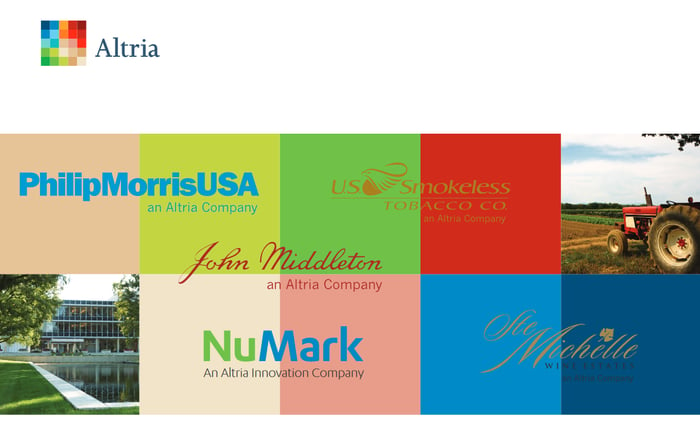 The uncertainty surrounding e-cigarette regulation is a big reason Altria's stock has slumped, sending its dividend yield up to almost 7%. Yet those who've invested in Altria for a long time will remember the numerous occasions on which the tobacco giant seemed to be facing extinction from regulators and litigation. Specifically, if Altria can manage to popularize the IQOS heated tobacco platform in the U.S. -- where it has exclusive rights -- then it could prove the dividend doomsayers wrong.

With earnings having taken a hit and sending its payout ratio artificially high, investors shouldn't expect a huge payout boost in 2020. However, another $0.04 per share rise would send Altria's yield above 7% and give shareholders willing to take on risk a huge incentive to hang onto their shares. The dividend stock could shock investors if it cuts its payout, but for now, it looks like investors should just plan on seeing a typical increase late in 2020.

Will Altria Raise Its Dividend in 2020? @themotleyfool #stocks $MO Next Article
Current