First some HEXO shares go on sale -- then they all do.

Canadian cannabis company HEXO Corp (HEXO 2.81%) saw its stock close 9% lower on Friday -- and has mostly just itself to blame.

This morning, HEXO announced a plan to float and sell 12 million shares of stock at an offering price of $1.67 per share, generating $20 million in gross proceeds "before deducting fees and other estimated offering expenses." 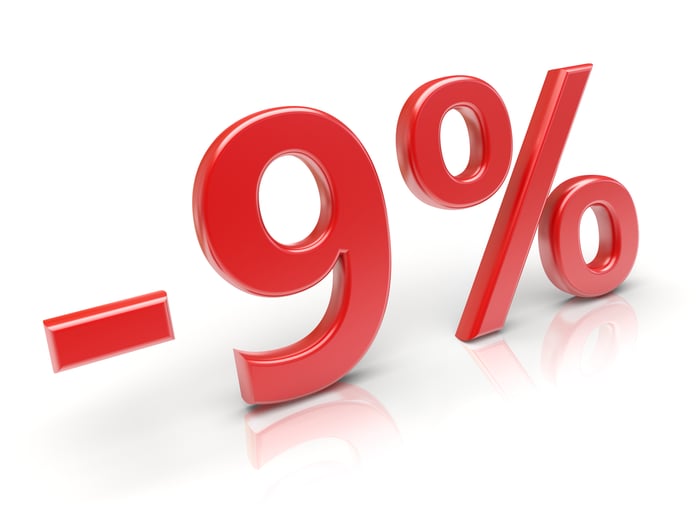 What's wrong with that? Well, for one thing, HEXO shares cost $1.78 the day before the announcement was made. Once existing investors found out that other investors were getting a chance to buy HEXO shares for a cheaper price, though, they naturally no longer wanted to pay full cost -- sending HEXO's stock price tumbling.

Moreover, HEXO already had more than 272 million shares outstanding. The addition of 12 million new shares to the float is going to dilute existing shareholders' stake in the company by about 4.4% -- yet another reason investors are upset. The company also attached 6 million "warrants" to purchase additional shares, to the shares it sold today -- 2.2% more potential dilution that could happen at some point in the next five years, albeit at a higher strike price of $2.45 per share.

Topping off the bad news, investment bank Roth Capital suggested that the shares issuance, and the low price of the shares issued, has hurt HEXO's attractiveness as an investment. Roth cut its target price on HEXO's "neutral"-rated shares $0.50 apiece, to $1.75, and noted furthermore that investors can expect "continuation of Canadian retail weakness" this year.

Unless Roth turns out to be wrong about that, today's dilutive share issuance could be not HEXO's last.