The market's been rallying this year, and that means that most good, and even many bad, stocks are moving higher. It may be tempting to buy even the ugly companies out there, but resist the urge. You're better than that.

Virgin Galactic (SPCE 0.15%), HEXO (HEXO -0.61%), and Casper Sleep (CSPR) are three investments that I would avoid at all costs. Let's go over why each of those stocks could be a recipe for portfolio disaster. 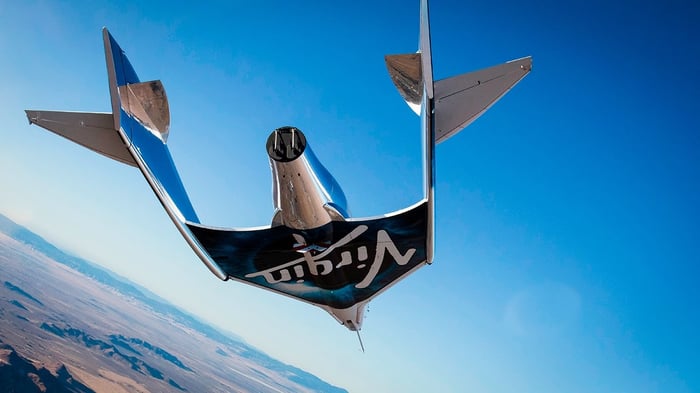 Among the handful of stocks rising during Monday's sell-off, Virgin Galactic's success at achieving weightlessness makes sense. The lone publicly traded astronaut in the space tourism arena has already more than tripled in 2020, so why wouldn't it keep the party going while the rest of the market succumbs to hard tug of gravity? With Virgin Galactic ready to take folks with $250,000 burning a hole in their pockets 50 miles up into the sky later this year, it's easy to get excited about the dawning of space tourism. Let's toss some moon rocks at the stock's launch party anyway.

Here's what I see as a highly likely scenario for how the rest of 2020 could play out. With a market cap approaching $7 billion for a company with negligible trailing revenue and no near-term profitability prospects, it would only make sense for Sir Richard Branson to push out a ton of new shares in a secondary stock offering. There could also be some insider selling, and who would blame anyone looking to take a little off the top from a company that was worth less than $2 billion just two months ago? Both of these paths would pump up the razor-thin float, grounding the stock.

Another scenario involves the other billionaire-fueled spaceflight players hitting the market to cash in on the Virgin Galactic feeding frenzy. Branson's a smart guy, but the same can be said about Elon Musk with SpaceX and Jeff Bezos with Blue Origin. If you remember when there was just one or two publicly traded cryptocurrency or cannabis plays on the market you'll probably recall how things played out once investors had more options. There are many ways for the Virgin Galactic story to play out, but none of them suggests the stock will be higher at the end of 2020 than it is right now.

Speaking of cannabis plays, one of the stocks that made this column's cut last spring was HEXO. The Quebec-based pot play was all the rage after Canada relaxed its ban on the recreational use of marijuana in late 2018, but just as we're going to see with space tourism, it was just a matter of too many investors chasing too few stocks. Singling out HEXO was the right call. The stock has plummeted nearly 80% in the 11 months since my original column came out.

The euphoria has died down for HEXO, but that doesn't mean the stock can't keep heading lower. It took advantage of the pop the shares experienced in early 2019 to crank out a couple of secondary offerings, and it was still printing new shares earlier this year even with the much lower stock price. It posted a sequential decline in revenue in its latest quarter, and this month it replaced its auditor and lost a board member. The only two HEXO analyst moves this month have been downgrades by MKM Partners and Jeffries. Reality has failed to live up to the hype, but even Wall Street pros see more downside here.

Casper sleep is another investment I'd pass on. The mattress direct seller was hoping to hit the market between $17 and $19, but settled for $12 in its debut earlier this month. The stock opened higher, but it's now the latest broken IPO.

Casper's business is growing, with revenue rising 20% through the first three quarters of 2019. The challenge for Casper is standing out among other niche direct sellers without having to overspend on marketing to the point where it will never be profitable. Investing in IPOs is risky -- sometimes the potential rewards aren't worth the volatility.