The company is taking another surprise charge for diesel woes.

In a preliminary look at its 2019 results, German automaker Daimler AG (DMLR.Y 2.56%) said that its full-year 2019 profit fell by half from a year ago, worse than expected, and that it faces further charges of up to 1.5 billion euros ($1.7 billion) related to diesel-engine emissions.

We won't have all the details until next month. But here's what Daimler said, and some thoughts on why it's worrisome.

What Daimler said: a big drop in earnings in 2019

Here's what Daimler said in its preliminary 2019 earnings release:

Daimler also released preliminary EBIT and EBIT margin figures for each of its divisions. Again, these do not include those additional diesel-related charges.

Daimler will release its complete fourth-quarter and full-year 2019 earnings on Feb. 11. 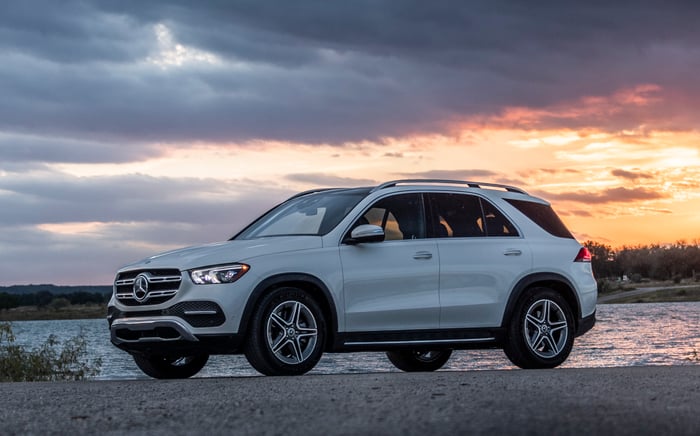 Mercedes-Benz Cars' sales rose 1.3% in 2019, paced by strong demand for its new GLE crossover. But profits fell sharply from a year ago. Image source: Daimler AG.

How many more surprises are there?

This news is a surprise, given that Daimler already took a big charge, 2.55 billion euros in the second quarter of 2019, ostensibly to cover diesel-related legal expenses. It's also a surprise in the sense that Daimler's Mercedes-Benz Cars unit posted record deliveries in 2019, and it would have been reasonable to expect a stronger result.

But that said, Daimler warned in July that its full-year EBIT would be "significantly below" its 2018 result, and that wasn't wrong.

The thing is, this is Daimler's fifth profit downgrade since the beginning of 2018, and the third under its still-new CEO, Ola Kaellenius. At this point, auto investors have to be wondering if Daimler's management team really has a grip on its diesel-related exposure -- not to mention the huge ongoing costs of revamping its product portfolio to accommodate electric drivetrains and advanced technologies.

I suspect that Kaellenius will have a lot of difficult questions to answer when Daimler delivers its full report on Feb. 4, and I expect that investors will be listening closely.