Please ensure Javascript is enabled for purposes of website accessibility
Log In Help Join The Motley Fool
Free Article Join Over 1 Million Premium Members And Get More In-Depth Stock Guidance and Research
By Luis Sanchez CFA - Jan 28, 2020 at 11:12AM

Growth investors should keep this pair on their radar.

E-commerce has experienced unprecedented growth over the last two decades. While much of that has occurred in developed markets with wide internet access, there is still a lot of untapped growth potential for the industry in emerging markets.

The last 10 years have seen the rise of Chinese companies like JD.com and Meituan Dianping. With spreading internet penetration and a regional population of over 500 million people, Southeast Asia has an e-commerce industry that's poised to produce strong financial results for the two companies dominating the market today, Lazada and Sea Limited (SE 2.90%)

Lazada was founded in 2012 by European tech conglomerate Rocket Internet to build the "Amazon of Southeast Asia." It made quite a bit of progress toward its ambitious goal as a stand-alone company before its sale to Alibaba (BABA 4.92%) in 2016 at a $2 billion valuation.

Today, Lazada operates in six countries: Indonesia, Vietnam, Malaysia, Thailand, Singapore, and the Philippines. Unlike in developed countries, a crucial barrier to e-commerce in many of these markets is the payments process, due to a large population of people with no bank accounts. Lazada has helped to solve this problem by offering an e-wallet that can be used as an online bank. The company also lets customers pay for goods with cash upon delivery or at a local convenience store serving as a distribution hub. Payment innovation has been a major driver of e-commerce adoption, and that has been picked up by Lazada's competitors as well.

Lazada is also popular because of its vast inventory of foreign goods. The company has made it easier for locals to purchase goods from other Asian countries and provides affordable logistics solutions for cross-border transactions. This was made an even bigger part of the platform's story after Alibaba took control of the company and brought on many Chinese sellers.

It is unclear how much money Lazada is taking in because Alibaba doesn't disclose separate financials, but it's safe to say that Lazada is a prospering marketplace.

According to SimilarWeb Lazada holds the number two market position in SouthEast Asian commerce. The e-commerce market in South East Asia is a $100 billion market today and could grow to $300 billion by 2025, according to Mashable.com. It is unclear exactly how much money Lazada is making because Alibaba doesn't disclose separate financials, but based on the high-level numbers and market share data, we can conclude that Lazada is a prospering marketplace with significant growth potential. 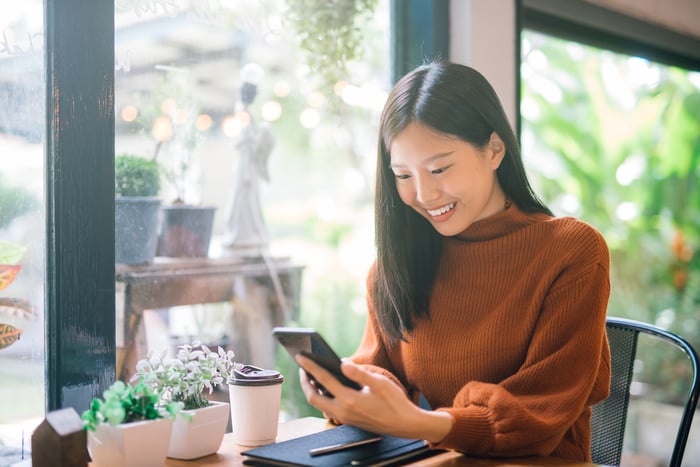 Sea Limited is the current e-commerce market leader in Southeast Asia. It was founded in 2009 as an online gaming company and didn't jump into e-commerce until 2015 when it launched its Shopee marketplace in Taiwan, Indonesia, Vietnam, Thailand, Singapore, Malaysia, and the Philippines.

Lazada was already a leading e-commerce platform in the region when Shopee was launched. In order to gain traction, Sea offered free shipping and didn't charge any commissions to use Shopee at first. This strategy was expensive, but it paid off. In 2018, it had 50 million active buyers on its platform and surpassed its competitors in terms of the gross merchandise value listed on its website. It has also become a leader in most of its markets in website traffic volume.

Shopee can't lose money forever. The company started to monetize its platform by charging fees for value-added services such as cross-border transactions and seller services like inventory management and fulfillment. In 2019, the company introduced seller commissions in Taiwan and may roll out this fee in other markets as they mature. Shopee also sells its own products directly to consumers on its platform (similar to Amazon's private label brand).

Despite not heavily monetizing its platform, Shopee generated $639 million in revenue over the last 12 months. This is up from just $47 million in 2017. This eye-popping growth is part of the reason Sea's stock price has more than doubled in the last year, but Sea has also reported strong results in its gaming segment.

Sea's gaming business generates all of the company's cash flow today but likely has limited growth potential because the company hasn't been focused on developing new games. Investors today appear to be bullish on owning Sea to gain exposure to Shopee which has vast market potential despite its lack of profitability today. This isn't an unreasonable bet to make as Amazon has proven that dominant e-commerce businesses will be highly valued by the market and do not necessarily need to show healthy profit margins. 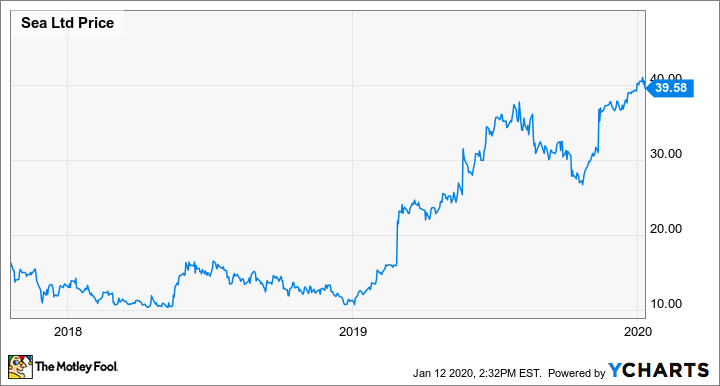 Lazada and Shopee have taken a regional approach to Southeast Asian e-commerce, but there are many local companies in the individual countries.

Tokopedia and Bukalapak are popular in Indonesia, Sendo is a leader in Vietnam, Qoo10 is big in Singapore, and Taiwan has several local companies including PCHome. Regional players like Lazada tend to focus on more cross-border transactions and international brands, while the local companies tend to sell more goods from local merchants or are focused on a specific category like electronics.

The market for e-commerce in the region is growing rapidly because of high levels of overall economic growth and rising internet penetration. For now, this means there is a lot of white space for many companies to thrive. As the market matures, it will be worth tracking which companies prove to be persistent leaders.