Banks, cars, and airplanes. We all use all three. We can all invest in them, too.

"Buy what you know."

If there's any advice more familiar to investors than the wit and wisdom of Warren Buffett, it's got to be this single gem from the silver-haired patron saint of individual investors, Peter Lynch.

Investors have enough odds stacked against them, competing with high frequency trading machines and professional analysts working 24/7 to understand the intricacies of things like biotech stocks and 5G internet. If there's one advantage we have, though, it's the fact that certain companies making certain products are so familiar to us that we don't necessarily have to be stock experts to know whether these companies are doing well or poorly. Using our inborn common sense -- and a little basic math -- we should do just fine investing in companies like Citigroup (C 0.42%), General Motors (GM 1.07%), and Delta Air Lines (DAL 2.44%).

In fact, I'll prove it to you. 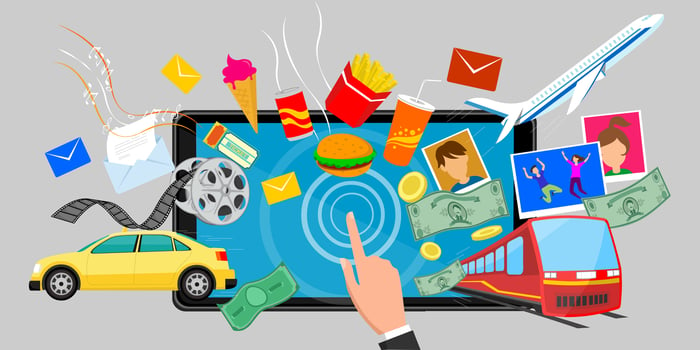 Some people think investing in banks is risky -- that banks are "black boxes" and no one really understands all the things that make them tick. Maybe that's true regarding specific aspects of the banking business. (Try to explain collateralized debt obligations in 10 words or fewer). But banking as a whole is a pretty easy-to-understand business:

Borrow some money at X%. Lend it out at more than X%. Take the difference as your profit. That's the kind of business -- and the kind of stock -- that anyone can understand.

Analysts polled by S&P Global Market Intelligence agree, with most bankers in agreement that Citigroup should be able to continue growing its profits at about 12.5% annually over the next five years. When you compare that growth rate to the 9.5 price-to-earnings ratio on the stock, Citigroup easily passes under the 1.0 PEG ratio threshold for a value stock. In fact, Citigroup makes so much money it's also able to pay its investors a 2.6% dividend yield -- which is great news for anyone seeking a steady income from their investments.

Have you driven a Ford lately? Maybe not -- because last quarter's earnings results showed that General Motors has been doing a whole lot better than its crosstown rival.

It's common knowledge by now that the cyclical automotive industry is on the downside of a cycle. We'll get updated numbers early next month, but based on what we saw last quarter, General Motors' 7% decline in profits was a whole lot less scary than the 57% decline we saw at Ford. Clearly, Ford is hitting a lot more potholes on the downslope these days, and as a result, GM's earnings -- and its P/E ratio -- are looking a lot more attractive than Ford's.

Currently, GM shares sell for a mere 5.4 times trailing earnings -- cheap enough that the company's 4.4% dividend yield alone is almost big enough to justify the stock's valuation, even without anticipating earnings growth. And yet, according to analysts who follow the stock, GM stock could begin climbing out of the earnings hole much sooner than Ford might. S&P Global estimates show GM growing its earnings at better than a 10% annualized rate over the next five years. If that proves to be the case, GM stock could have a lot more profit potential in it than Ford stock.

Will GM realize the potential? Will its sales, and its earnings, perk up as predicted? Keep a close eye on your local new car lot -- maybe even take a truck or two for a test drive -- and you could find out the answer even before Wall Street does.

If you're an air traveler, and you're not already flying Delta Air Lines regularly -- maybe you should be. For the third year in a row, The Wall Street Journal just rated Delta the best airline in America, ahead of discount airline Southwest, ahead of JetBlue -- and way ahead of legacy airlines United and American.

Delta's No. 1 in on-time arrivals, No. 1 in (not) canceling flights, and No. 1 in (again, not) bumping passengers from flights they already paid good money to be on. Last year, only nine Delta passengers were bumped from their flights, versus more than 15,000 for American, reports the Journal.

These are the kinds of everyday marks of quality that anyone can understand, and strong marks in favor of buying Delta stock -- but they're not the only evidence that this stock is worth buying.

At a P/E ratio of only 7.8, Delta stock sells for a small fraction of the 24.5 average P/E ratio of S&P 500 stocks. At the same time, Delta pays a superior dividend yield of 2.7% (the average on the S&P is 1.9%). Delta even sports a superior growth rate 11.7% over the next five years, says S&P Global, or about 240 basis points faster growth than the average S&P stock.

It's not every day you find a superior business selling for a bargain basement PEG ratio of just 0.67. But if you're paying attention, this is the kind of stock than anyone can understand is a bargain.

Why Shares of American Airlines Are Flying Higher Tuesday