Biotech has been one of the big winners of this aging bull market. Over the past 10 years, biotech stocks, on balance, have absolutely clobbered the broader U.S. stock markets. The reason is simple: innovation. Through the advent of game-changing molecular, cellular, and genetic technologies, biotech has been able to radically alter the standard of care for scores of hard-to-treat diseases.

The best part, though, is that the pace of innovation has actually been accelerating in recent years as the result of new sources of funding, novel partnerships that span one or more industries, as well as the emergence of several unique drug discovery and development platforms. Biotech, in kind, should remain a top wealth generator for years to come. 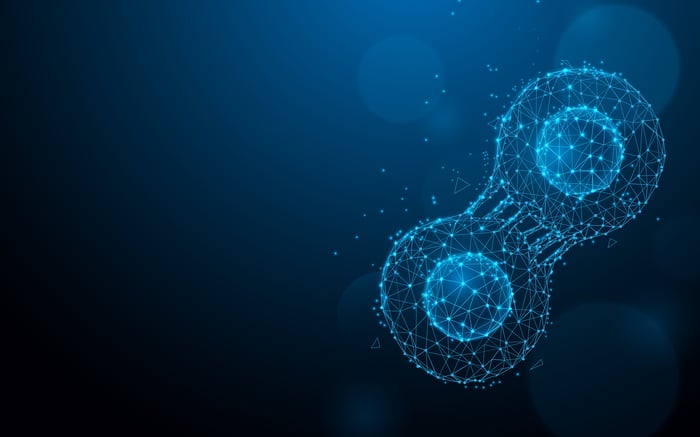 Which biotech stocks are worth buying right now? Amicus Therapeutics (NASDAQ:FOLD) and Acceleron Pharma (NASDAQ:XLRN) are both poised to post market-crushing returns in 2020. Here's a brief rundown on each company.

Amicus Therapeutics: Don't be fooled by this biotech's premium valuation

At first glance, Amicus might seem wildly overvalued. The biotech's shares, after all, are trading at over 10 times 2020 projected sales, which is one of the richest valuations in the entire healthcare sector. Nonetheless, a more nuanced look at Amicus' value proposition reveals a promising early commercial-stage company that might, in fact, be grossly undervalued right now.

What's all the fuss about? The big-picture issue is that Amicus has a clear line of sight to $3 billion in annual sales, perhaps as soon as 2025. That's an enormous chunk of change for a company with a $2.62 billion market cap.

Turning to the specifics, Amicus' Fabry disease treatment, Galafold, is gobbling up market share at a breakneck pace at the moment. In turn, the company believes the drug can hit $1 billion in annual sales early in the current decade. On top of that, Amicus is barreling toward a regulatory filing for its Pompe disease therapy AT-GAA. While estimates vary, AT-GAA has a real shot at generating upwards of $2 billion a year in sales. So, without even considering Amicus' emerging pipeline of high-value gene therapies, there's a strong case to be made that this company might be worth at least $30 billion by the middle of the decade.

The key issue to understand is that most rare-disease drugmakers sport premium valuations in the range of 10 to 20 times annual revenue, due to the exceedingly long commercial shelf lives of their flagship products. So if Amicus simply falls in line with this prevailing trend, its shares could end up appreciating by no less than a whopping 1,045% over the next five years or so. This jaw-dropping growth forecast might seem outlandish on its face, but these kinds of life-changing gains aren't uncommon in the world of biotech.

Acceleron's shares have already gained an astounding 78% so far this year. Investors have been piling into this mid-cap biotech in 2020 for two reasons:

Why should growth-oriented investors buy this red-hot biotech stock now? Acceleron's bull thesis is really all about the buyout theme. After all, the company's valuation is now completely disconnected from its near-term outlook following last month's massive rally. But that doesn't mean that bulls don't have a point. Several cash-rich big pharmas have an abiding interest in PAH, and sotatercept has the potential to be a real game changer for this high-value indication.

So while it's generally a bad idea to buy a biotech stock mainly for its prospects as a buyout target, Acceleron might be the rare exception to this general rule of thumb. In effect, it wouldn't be shocking in the least if Acceleron fetched a tender offer in the neighborhood of $7 billion to $10 billion before year's end. This mid-cap biotech stock, in turn, could end up being one of the industry's biggest winners this year.