Please ensure Javascript is enabled for purposes of website accessibility
Log In Help Join The Motley Fool
Free Article Join Over 1 Million Premium Members And Get More In-Depth Stock Guidance and Research
By John Rosevear - Mar 24, 2020 at 9:56AM

GM bolstered its balance sheet without cutting its dividend.

Shares of General Motors (GM 5.55%) were rising on Tuesday, after the company announced measures to bolster its balance sheet -- but didn't cut its dividend.

GM said in a statement on Tuesday morning that it will draw down about $16 billion from its existing lines of credit to bolster its balance sheet as it braces for an extended shutdown of its factories in North America. 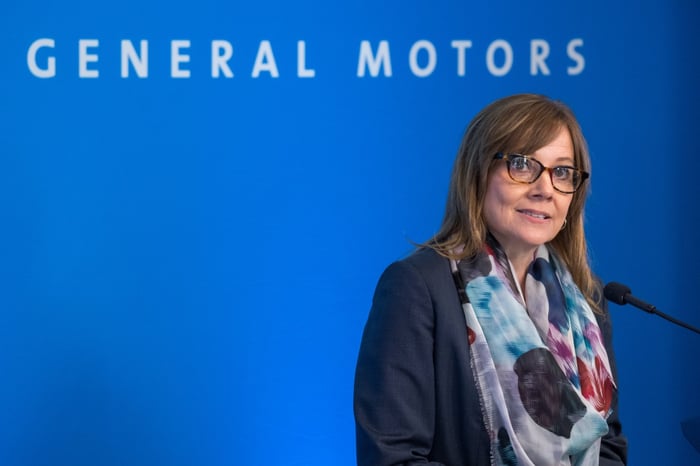 CEO Mary Barra will try to get GM through the pandemic without a dividend cut. Image source: General Motors.

The company also withdrew its guidance for 2020.

Those were both prudent moves under the circumstances. But what GM didn't do is also important: It didn't cut its dividend. That's in contrast to old rival Ford Motor Company (F 3.89%), which said last week that it would draw down $15.4 billion from its credit lines and suspend its dividend to conserve cash.

GM should now have plenty of cash to weather the coronavirus pandemic. As CEO Mary Barra pointed out Tuesday morning, restructuring moves made over the last few years have put GM in good shape to ride out an economic downturn.

The $16 billion GM plans to borrow will be in addition to its existing cash hoard, which GM estimates will be between $15 billion and $16 billion as of the end of March.

The takeaway for investors: For the moment, GM -- and its dividend -- are safe.