On Thursday morning, global energy giant Royal Dutch Shell (NYSE:RDS.A) (NYSE:RDS.B) reported first-quarter adjusted earnings of $2.9 billion, down 46% from last year's first quarter. In somewhat of a surprise move, it also announced it was cutting its quarterly dividend by 66%, to $0.16 per ordinary share.

The company had previously announced actions to reinforce its financial strength, including costs cuts, a 20% reduction in 2020 capital expenditures, and reductions in working capital, expecting these steps would contribute $8 billion-$9 billion in added free cash flow. It said at the time that it would not proceed with its next tranche of its share buyback program. At that time, however, it didn't mention its dividend, leading investors to think the company was hoping to sustain it. 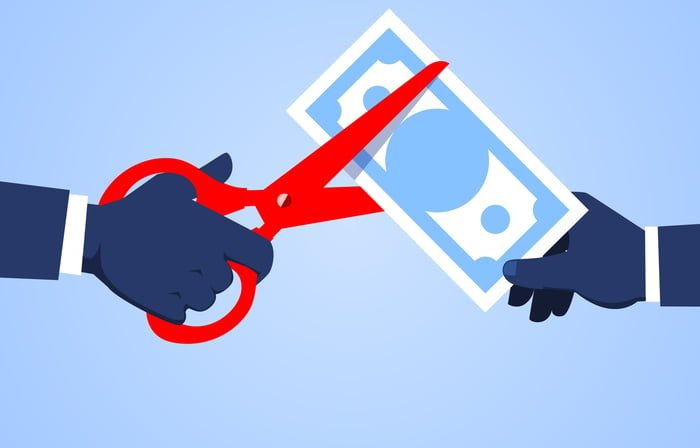 The company spent $3.5 billion on dividend payments in the first quarter. Amid an environment of lower oil prices and lack of demand brought on by the COVID-19 pandemic, the company now says it has "taken the decision to reset its dividend to provide financial resilience and further flexibility to manage the uncertainty."

Chairman of the Board Chad Holliday was quoted as saying that "shareholder returns are a fundamental part of Shell's financial framework," but he noted that current risks include an unknown duration of economic uncertainty, lower commodity prices, and a questionable demand outlook.

CEO Ben van Beurden noted that the strength of Shell's integrated business model has allowed the company to respond to the crisis quickly, and that today's action would strengthen the balance sheet to support "the long-term value creation of Shell."