You won't find any oil producers on this list.

As a result, many investors are bargain-hunting in the energy patch. The problem is many energy stocks are still well down for a reason: The oil industry is a disaster right now, and it's likely that it could take the rest of the year -- and possibly into 2021 -- before it recovers. In the meantime, it's expected that a lot of oil companies that entered the downturn over-leveraged and without much cash will go belly-up. 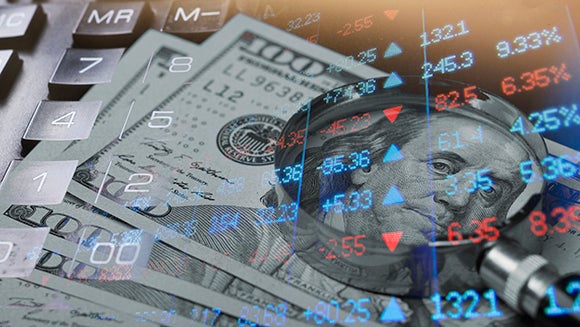 But there are energy stocks worth buying for investors who know where to look and what to avoid. To help you find those top energy stocks, we tasked three of our top contributors, who've covered energy for years, to give us their top energy stocks to buy. They came back with Canadian midstream giant TC Energy Corp (TRP 1.54%), massive -- and growing -- electric utility NextEra Energy (NEE 4.00%), and global infrastructure stalwart Brookfield Infrastructure (BIP 1.86%) (BIPC 1.01%).

Keep reading to learn why these three top our list of energy stocks to buy now.

Immune to the market's volatility

Matt DiLallo (TC Energy): Cratering crude prices are cutting into the cash flows of most oil producers. That's forcing them to slash spending, which will impact production volumes. The sector's issues are affecting most oil companies, including many midstream operators since they often get paid fees based on the volumes flowing through their systems.

TC Energy, however, is almost immune to the downturn's effects. That's because the Canadian pipeline giant has contractual and regulatory arrangements that insulate it from the near-term impact of pricing and volume fluctuations on roughly 95% of its cash flow.

As a result, TC Energy expects to continue generating steady cash flow, which it can use to pay its 5%-yielding dividend and invest in expansion projects. The company currently has tens of billions of dollars of commercially-secured expansions under construction -- as well as the financing lined up for the bulk of those projects -- that will fuel growth over the next several years. That outlook leads TC Energy to believe that it has enough growth coming down the pipeline to support an 8% to 10% dividend increase next year and annual growth in the range of 5% to 7% after that. That low-risk dividend growth profile makes TC Energy an excellent stock to buy amid the oil market's crash, especially since shares have fallen about 15% this year.

A regulated asset base and massive growth plans

Tyler Crowe (NextEra Energy): When investing in electric utilities, there is almost always a tradeoff. What you get is a reliable business that owns regulated assets and gets to raise rates with investments in its network. They are by no means risk-free (see PG&E), but they tend to be some of the lower-risk investments on the market with slow but steady dividend increases every year. The tradeoff tends to be that utilities are slow-growth businesses that will, at best, keep up with the broader market on a total return basis.

NextEra Energy isn't your typical electric utility, though. By leaning into the development of renewable energy assets across the U.S., it has the one-two punch of a steady regulated asset base that generates loads of cash coupled with a high-growth renewable development business that has allowed the utility to outpace its industry peers and the S&P 500 on a total return basis. 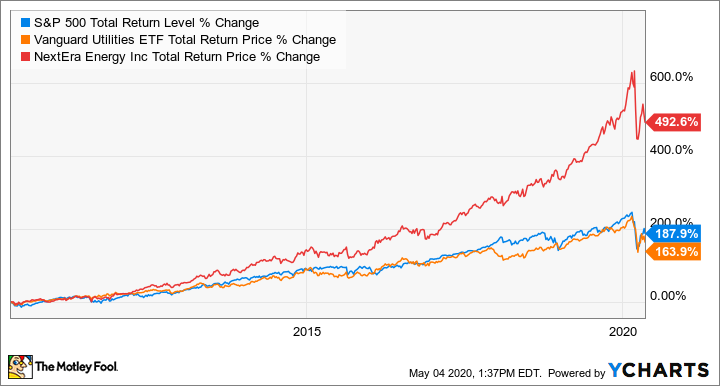 One of the things that makes NextEra compelling now is that its non-regulated renewable power business -- the business more likely to face headwinds in this economic downturn -- is doing surprisingly well. Renewable energy continues to take market share from other power sources thanks to lower construction costs and no fuel costs. Also, no fuel means no supply-chain headaches to get fuel to generators, something that coal and other infrastructure-dependent fuel sources are experiencing right now. Management recently said that its renewable power development plans remain on track despite the economic uncertainty, and it just issued more than $6 billion in debt and equity to give it some financial breathing room (or some potential firepower should it want to go make an acquisition).

NextEra's shares rarely go on sale, and its price-to-earnings ratio of 31 right now is high considering the economic environment. The thing is, this is a company that has been proven to generate returns in a stable industry that will be less affected than others during a downturn.

The overlooked energy stock with much more to offer

Jason Hall (Brookfield Infrastructure): Counting more than half of its cash flows from energy assets including natural gas pipelines and distribution systems, along with power transmission, Brookfield Infrastructure is certainly in the mix as an energy company. Moreover, it's in the right part of the oil and gas industry to participate in: Moving natural gas around and sending it to end-customers.

This means that, unlike many of the biggest losers in the oil patch -- and the ones quickly running out of money and going bankrupt -- the company isn't exposed to energy prices, or the crash in oil demand that has that sector in absolute ruins.

But that's just part of what makes Brookfield Infrastructure so attractive. In addition to its gas and electric assets, it also owns water, transport, and telecommunications assets in countries on multiple continents, in places where growing populations will require significant expansions of those assets in the years to come. It's an incredible, well-run business with several strong, durable competitive advantages that have made it a winner for more than a decade. 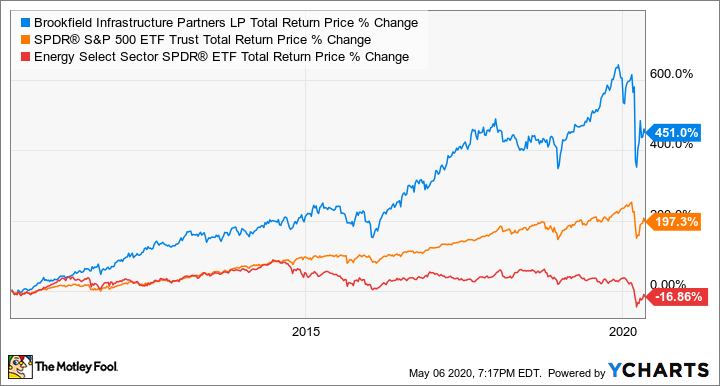 The oil industry is expected to struggle for the rest of 2020 and potentially beyond just to return to health. And even once it's healthy, it's going to deal with an eventual decline in demand as renewables take market share. Instead of taking a bet on a risky oil stock that just looks cheap, a much better way to profit is to invest in a proven winner like Brookfield Infrastructure, with a durable business across multiple high-growth opportunities. With shares down more than 20% from recent highs, that's the kind of bargain smart investors are making in the energy patch.

Brookfield Sees Natural Gas as an Essential Fuel for the Future

Brookfield Infrastructure Is Benefitting From an Inflation-Driven Boost