Please ensure Javascript is enabled for purposes of website accessibility
Log In Help Join The Motley Fool
Free Article Join Over 1 Million Premium Members And Get More In-Depth Stock Guidance and Research
By James Brumley - May 14, 2020 at 7:07AM

Last-mile, at-home delivery is an expensive logistical nightmare. Target is solving the problem while Walmart stands by and watches.

Take this news with a grain of salt, as neither Target (TGT 1.70%) nor Deliv have publicly confirmed it. On the other hand, the deal -- first suggested by NBC News over a month ago and then reiterated by the Wall Street Journal last week -- sounds credible. Target already owns last-mile home delivery platform Shipt. Also owning Deliv's order-pooling and route-management technology would be a nice enhancement to Shipt's capabilities. Besides, the dollar amounts likely to be involved don't require public disclosure.

Regardless, if the reports are true, then the move underscores the importance of offering last-mile deliveries to consumers' homes. It also reaffirms the idea that outsourcing home deliveries is complicated and expensive. They are ideally handled in-house. That means Target's rumored deal is another lost opportunity for bigger rival retailer Walmart (WMT 1.85%).

Goodbye Deliv, we hardly knew ya

For investors unfamiliar with it, Deliv says it "provides a new last-mile delivery solution to power same-day delivery for retailers and businesses." The company's website goes on to tell retailers: "Whether you want to integrate Deliv into your e-commerce site or simply book a local delivery today, we've got you covered." 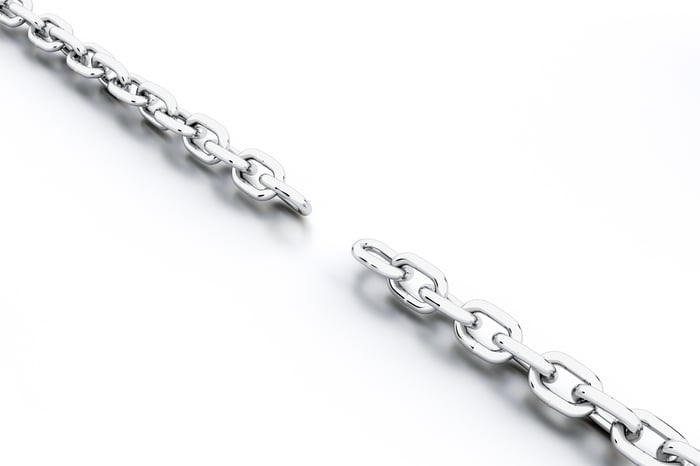 Deliv won't be offering such service for much longer, however. The Silicon Valley Business Journal reported last week that CEO Daphne Carmeli informed employees the delivery service would wind down operations within the next three months. CNBC also reported last week that Deliv told the news source it's "in the process of completing a deal to sell technology assets to Target" but added that "Target is not involved in the wind-down."

It would certainly be a smart pickup for Target, given what we've learned about last-mile deliveries in just the past couple of years.

Both scale and smarts are required

Unlike ferrying an entire truckload of goods from point A to point B and then rerouting them to consumers via a localized distribution hub, a la UPS or FedEx, same-day delivery of groceries or consumables often starts at a nearby store. Shipt's workers also browse grocery store aisles, fulfilling someone else's shopping list. Walmart's curbside pickup and home delivery orders are also completed by local store employees, and then -- where offered -- driven to consumers' homes from that store.

To work well financially, the model that requires great scale, however, as well as effective management of resources like workers' time and a delivery vehicle's gas. Profits are far from guaranteed. In fact, Skipcart recently severed its home-delivery relationship with powerhouse Walmart. Alarmingly, Skipcart CEO Ben Jones ultimately conceded to Bloomberg News: "The grocery model does not work. It doesn't work today, and it's not going to work six months from now. We're all losing money."

Deliv was reportedly losing money as well, although its shortcoming wasn't capability. The platform was founded on technology that groups orders from multiple retailers by their end destination. A driver could make several dropoffs in just one neighborhood, saving time and gasoline.

Rather, it was ultimately a lack of users that prevented it from building enough scale to distribute costs among an adequate number of paying customers.

Target is far more likely to bring that much-needed scale to the table, but not just because Target is a sizable retailer. Target's Shipt also offers last-mile, home delivery service for Target's rivals like Costco (COST 0.94%), Meijer, and CVS, just to name a few. Now Shipt should be able to manage those deliveries even more efficiently. The fact that Shipt and now Deliv's algorithms are all in-house operating only gives Target more exacting control of the operation.

Walmart, meanwhile, is still working to figure out a way of replacing Skipcart in markets where it was ferrying food from stores to consumers' homes. It's building a team of its own delivery drivers, though it also outsources the work in some locales. The efficiency of these deliveries isn't clear, as the company has said little about how it chooses delivery routes and manages the timing of those delivery runs.

Ownership, control are the keys

It's not that Walmart couldn't build a platform like the one Target is reportedly buying from Deliv. It's that it hasn't. Instead, the company appears to be relying on partners and sheer volume to negate the need for such strategic thinking.

That may ultimately prove a mistake, though.

There's a reason Target chose to acquire rather than hire Shipt, just as there's a reason it may be buying Deliv's technology without buying Deliv's actual operation (it doesn't need Deliv's business itself). In the same vein, there's a reason Costco acquired white glove delivery name Innovel in March when it could have just as easily outsourced much of its delivery work to the company. With ownership, these last-mile delivery services don't necessarily have to be a profit center in and of themselves. They can be a value-added service that indirectly drives more customers to a core retailing business. The key is not letting these value-added services turn into money pits. Deliv's technology moves Target further away from that pitfall.

At the other end of the spectrum, Walmart not only continues to work with third-party delivery providers that are looking to turn a profit on their own terms, but it doesn't appear interested in ensuring these partners' survival by helping them operate cost-effectively. That's a risky bet, which Walmart hasn't seemed to fully figure out despite Skipcart's decision to end its delivery partnership with the mega-retailer.