Please ensure Javascript is enabled for purposes of website accessibility
Log In Help Join The Motley Fool
Free Article Join Over 1 Million Premium Members And Get More In-Depth Stock Guidance and Research
By John Bromels – May 22, 2020 at 5:00AM

Want to invest like Buffett or Einhorn? Check out what they're buying.

If you want to invest like a pro, there's no better way to learn than by watching the pros. On May 15, some of the world's best investors -- including the "Oracle of Omaha," Warren Buffett himself -- had to file their quarterly 13F forms with the Securities and Exchange Commission.

The 13F form is a quarterly statement of stock holdings that's required of all institutional investment managers with assets of $100 million or more. It offers a window into what top investors have been buying, selling, and leaving alone. And sometimes, these filings contain quite a few surprises.

Here are three stocks that top investors have recently been buying, and some reasons why you might want to do the same. 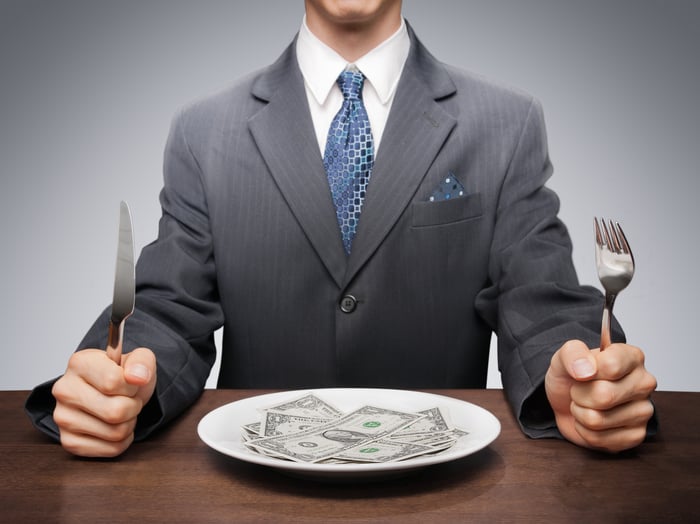 It's worth noting that 13F forms have some shortcomings as investment tools. First of all, because they're filed 45 days after the end of a quarter, the trades they contain are at least a month and a half old, and they could be as much as four and a half months old by the time you ever see the data. Another problem: Companies are only required to report their long positions, but may actually be hedging some of those buys with short positions that aren't reported.

That said, it's clear from the 13Fs that there was a lot of focus on the banking industry during the first quarter. That's not surprising, considering that the Federal Reserve cut its benchmark federal funds interest rate to zero, which caused banking stocks to tumble. David Einhorn's Greenlight Capital picked up shares of Goldman Sachs, while Leon Cooperman's Omega Advisors bought JP Morgan Chase, possibly on the cheap after the rate cut.

What does Buffett like about PNC? Well, he may believe that recently reduced capital and liquidity requirements for big regional banks like PNC will give it a leg up on its Big Bank peers. The opportunistic PNC also has a history of making big acquisitions during downturns, like its 2008 purchase of National City. Rumors are already swirling that PNC is planning something big, and it's possible Buffett wanted to boost his position before it happens.

If Buffett isn't buying right now, what are other big investors doing with their money? Buying Buffett, of course! Or rather, buying shares of Berkshire Hathaway.

Many big funds already hold shares of Berkshire, but several prominent investors picked up additional shares during the first quarter, including Einhorn and Bill Ackman of Pershing Square Capital. And why wouldn't they? Berkshire Hathaway is a reliable business with an excellent track record of success.

Berkshire's core insurance businesses -- which include GEICO and MedPro Group -- churn out gobs of reliable cash, which Buffett and his lieutenants can then invest in stocks of other companies ... or in just buying companies outright. Berkshire directly owns numerous stalwart businesses including Duracell, Dairy Queen, and Fruit of the Loom. It also owns big stakes in other big, reliable companies like Coca-Cola and Apple.

In uncertain economic times, Berkshire looks like a safe place to park your money.

Plastic without the plastic

Other top investors, though, grabbed plenty of Visa stock recently, including Kenneth Griffin's Citadel Advisors, which added more than 1.5 million shares to its stake, and Stephen Mandel's Lone Pine Capital, which opened a new position of 3.3 million shares.

With hundreds of millions of Americans largely staying at home due to the coronavirus, e-commerce sales have exploded, even in categories like groceries and prescription drugs, which up until now had primarily been purchased through face-to-face transactions. Since you can't use cash or written checks for e-commerce, payment processors like Visa have seen their e-commerce transactions skyrocket, even as traditional "card-present transactions" have declined.

"We're seeing a massive acceleration toward e-commerce adoption," said Visa Chief Product Officer Jack Forestell in a recent interview with MarketWatch. If consumers who have been forced to try e-commerce or use it in ways they haven't previously done decide they like its convenience, they may keep shopping that way after social-distancing mandates are eased and businesses reopen, which would benefit payment processors like Visa.

Although Visa's business is likely to suffer in the short term, it looks like a long-term buy.

Be your own Buffett

Blindly buying the same stocks as master investors like Buffett, Einhorn, and Ackman isn't necessarily going to make you a top investor -- especially given the time lag between when they act and when you can see what they've bought. But studying their picks can help you figure out what industries might be promising places to put your money and which stocks to keep on your watch list.