Please ensure Javascript is enabled for purposes of website accessibility
Log In Help Join The Motley Fool
Free Article Join Over 1 Million Premium Members And Get More In-Depth Stock Guidance and Research
By Rich Smith – Jun 4, 2020 at 10:54AM

Will it be another Hummer?

British start-up Arrival is building one for UPS (UPS 1.16%), with help from Hyundai and Kia.

And now, you can add General Motors (GM -2.24%) -- the original inventor of the EV-1 electric automobile -- to the list of car companies racing to build an electric van for business use. 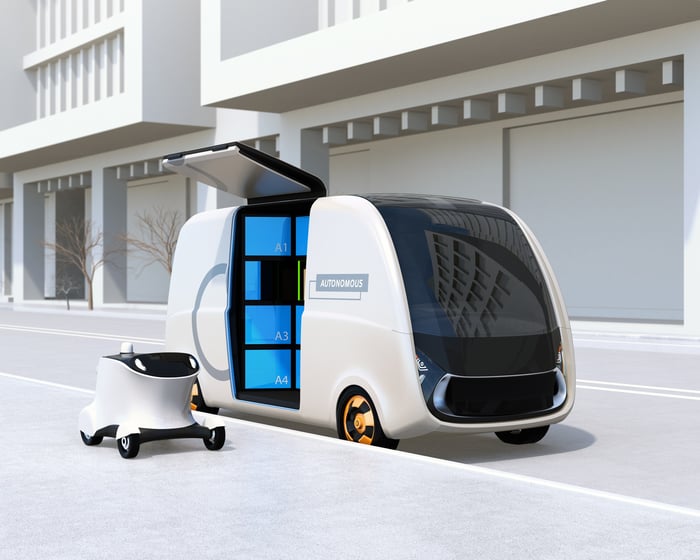 Citing five sources, Reuters reports that GM is working to create an "electric van aimed at business users," hoping to capture this segment of the market. According to the news agency, GM has code-named its new van the "BV1" and is planning to begin production late next year.

The new van reportedly will be powered by the company's Ultium battery system, and share components in common with other battery-powered electric vehicles on GM's drawing board. It has not yet been decided, however, whether GM will brand the truck as a "Chevrolet" or "GM" -- or perhaps introduce a new brand under the corporate parent. GM might conceivably pair the van with a new electric pickup truck that is also expected to arrive next year, under the "Hummer" brand.

GM has not confirmed the report, stating only that it is "committed to an all-electric future and is implementing a multi-segment, scalable EV strategy to get there. At this time, we do not have any announcements to make regarding electric commercial vehicles."

That being said, the company plans to release 20 or more battery-powered electric vehicles over the next three years, and this certainly leaves room for one of them to be a van.