The networking-semiconductor specialist's stock is now up roughly 32% year to date.

Shares of Marvell Technology (MRVL 3.71%) gained 22% in May, according to data from S&P Global Market Intelligence. The stock climbed in conjunction with market momentum and then saw a pronounced jump following the company's first-quarter results report at the end of the month. 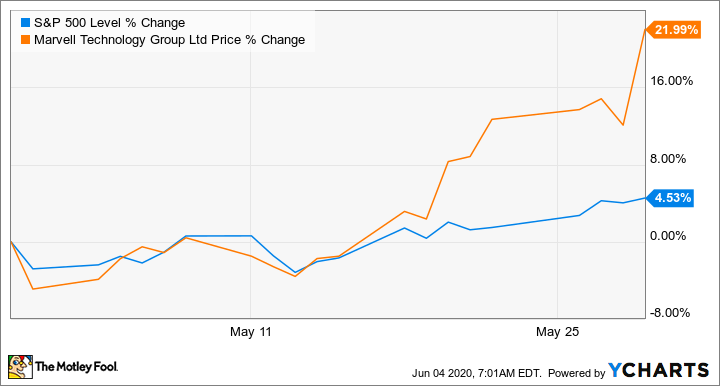 On May 27, Marvell published first-quarter sales that topped the market's expectations, significantly boosting the share price. Sales for the period climbed roughly 5% year over year to reach $693.64 million, and earnings per share for the period came in at $0.18. The average analyst estimate had anticipated revenue of $678.7 million and EPS of $0.14. 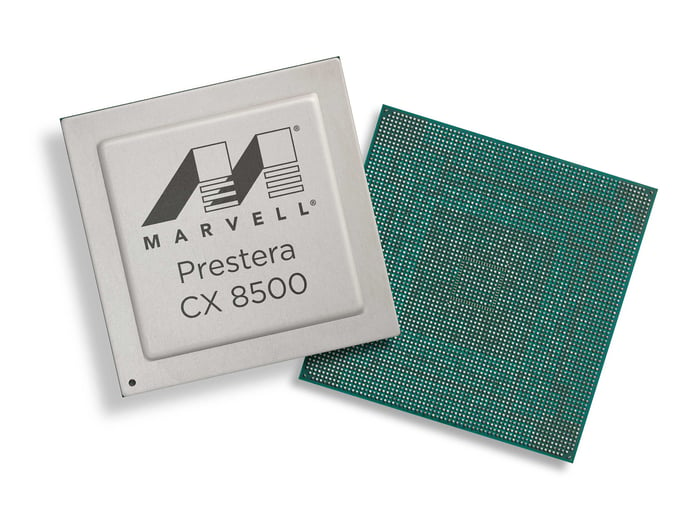 Despite some headwinds from the coronavirus, Marvell posted better-than-expected results in the first quarter thanks to strong performance from the company's data center and 5G infrastructure end markets and its networking business. Revenue for the period was down approximately 3% on a sequential basis, but sales were roughly flat versus Q4 after accounting for the company's divestiture from its Wi-Fi connectivity business.

The stock has continued to climb early in June's trading, with shares up roughly 7.6% in the month so far. 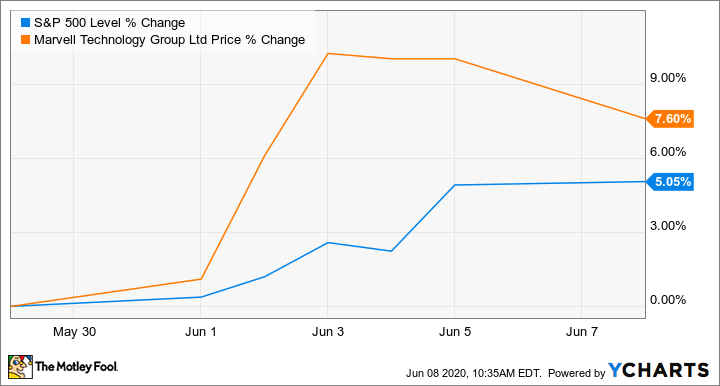 Marvell is targeting sales of roughly $720 million in the second quarter, representing growth of roughly 9.6% year over year. Adjusted EPS is forecast between $0.17 and $0.23, good for 25% year-over-year growth at the midpoint of the target. Management expects tailwinds from companies upgrading to 5G technologies and said that it sees enterprises rapidly upgrading their network infrastructures and favorable outlooks in the data center cloud, enterprise, and automotive categories.