Please ensure Javascript is enabled for purposes of website accessibility
Log In Help Join The Motley Fool
Free Article Join Over 1 Million Premium Members And Get More In-Depth Stock Guidance and Research
By Keith Speights – Jun 11, 2020 at 7:01AM

AbbVie scores in the courtroom, in the clinic, and in a collaboration deal.

They say that good things come in threes. And that just might be true for AbbVie (ABBV 2.91%).

The big drugmaker started off the week by receiving good news on Monday. It then announced two positive developments on Wednesday, just in time for the company's top executives to participate in a virtual fireside chat at the Goldman Sachs annual healthcare conference.

Here are the three wins for AbbVie in three days that provide three more good reasons to buy the pharma stock. 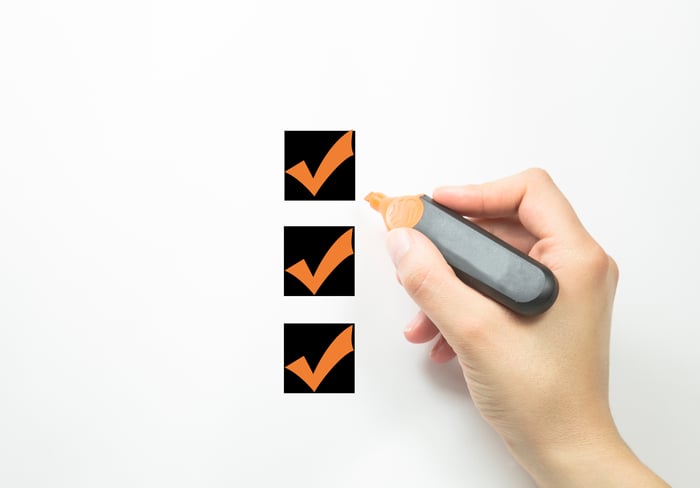 AbbVie has known for a long time that its days of patent exclusivity for Humira were limited. To forestall the inevitable revenue decline for its top-selling drug, the company built up as many patents for Humira as it could in an effort to hold off U.S. biosimilar competition as long as possible.

As you might expect, this strategy didn't make everyone happy. A class-action lawsuit was brought against AbbVie alleging that the company engaged in practices that violated U.S. antitrust laws. But on Monday, a federal judge ruled in favor of AbbVie, finding that the drugmaker "has exploited advantages conferred on it through lawful practices."

This decision basically means that AbbVie's strategy of preserving U.S. market share for Humira for a few more years is intact. Humira already faces biosimilar rivals in Europe, and will do so in the U.S. beginning in 2023. In the meantime, the drug should continue to rake in billions of dollars for AbbVie.

On Wednesday, AbbVie announced positive results from its phase 2a clinical study evaluating ABBV-3373 in treating rheumatoid arthritis. While it might not seem like it on the surface, this was more good news for Humira.

ABBV-3373 is, as my Fool.com colleague Brian Orelli aptly described it, "Humira on steroids (literally)." It's a new type of antibody-drug conjugate that combines Humira with a glucocorticoid receptor modulator (GRM) steroid. And ABBV-3373 appears to be even more effective at treating rheumatoid arthritis than Humira is.

AbbVie now plans to advance ABBV-3373 into larger clinical studies in rheumatoid arthritis, and to explore the use of the antibody-drug conjugate in treating other immune-mediated diseases. If further clinical testing is successful, ABBV-3373 just might mean that Humira (on steroids) continues to make a lot of money for AbbVie well beyond 2023.

The other major news announced by AbbVie on Wednesday was its $3.9 billion oncology deal with Genmab (GMAB 4.14%). AbbVie and Genmab agreed to jointly develop and market three of Genmab's bispecific antibody candidates, and collaborate on discovery research related to other antibodies targeting cancer.

The bispecific antibody candidates that especially attracted AbbVie's interest are epcoritamab, DuoHexaBody-CD37 and DuoBody-CD3x5T4. AbbVie vice chairman and president Michael Severino especially singled out epcoritamab, stating that it "is a strong fit" with the company's successful blood-cancer drugs Imbruvica and Venclexta.

Some might think that AbbVie could be late to the party in the bispecific antibody space. Genmab is behind Regeneron Pharmaceuticals and Roche Holding in terms of clinical progress. However, Severino said at the Goldman Sachs conference that epcoritamab holds the potential for best-in-class efficacy and a strong safety profile that could translate to "winning advantages."

Bispecific antibodies could very well represent a big market over the next several years. With its Genmab deal, AbbVie has taken steps to avoid being left out of that market. That should be good news for shareholders over the long run.