Please ensure Javascript is enabled for purposes of website accessibility
Log In Help Join The Motley Fool
Free Article Join Over 1 Million Premium Members And Get More In-Depth Stock Guidance and Research
By Maurie Backman – Jun 14, 2020 at 6:18AM

Investing during a recession is scary -- but that doesn't mean it's not a smart move.

Though the U.S. economy may be in a recession, the stock market, right now, seems to say otherwise. As of June 10, the S&P 500 was up nearly 1,000 points since its low in late March, and while there's no saying we won't plunge back into bear market territory the moment there's a follow-up surge of COVID-19 cases, right now, things aren't looking so bleak.

That said, there's a lot of economic uncertainty abounding these days. Millions of Americans remain unemployed, and while jobs may be slowly getting added, we're a far cry from the 3.5% unemployment rate we enjoyed back in February, prior to when the pandemic hit home.

Furthermore, as is the case with any recession, things could get a lot worse before they get better, especially if a second wave of COVID-19 hits sooner than anticipated. It therefore begs the question: Is now a good time to put money into stocks? 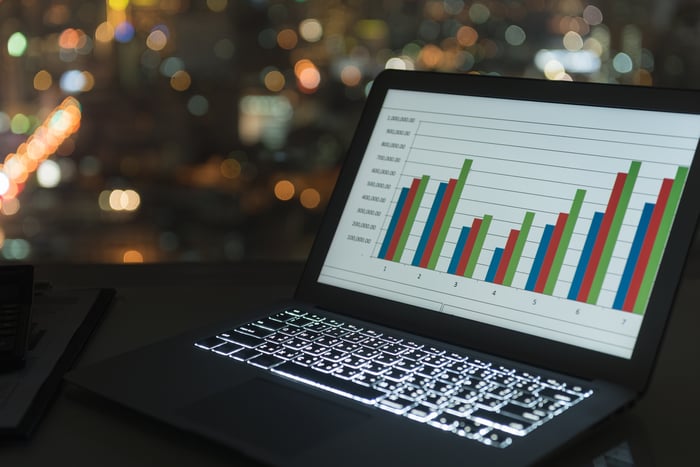 Interestingly, almost 58% of working Americans think so, according to a recent Personal Capital survey. In fact, just over 56% of baby boomers share that sentiment, even though they're the ones who should be the most risk-averse, being on the cusp of retirement. But while it's natural to have trepidations about investing in stocks during a recession, here are a few reasons why now's a great time to do so.

Prior to the COVID-19 outbreak, stocks were largely overvalued, which put investors in a tricky position. Even though stocks have recovered a lot of the value they lost back in March, they're still reasonably affordable, which hadn't been the case for a while leading up to COVID-19. As such, you may find that it's possible to load up on quality investments now at a price point you're comfortable with.

Though millions of Americans remain unemployed and financially squeezed, there are some workers who are currently in a position to save more money than ever. After all, they're not commuting, they're not paying to attend concerts or sporting events, and they're likely limiting the extent to which they dine outside the home. If your spending is at a low due to COVID-19-related circumstances or restrictions, you have a prime opportunity to put money into stocks, and you should seize it while you can.

3. The stock market has a long history of recovering from losses

A second wave of COVID-19 could send stock values plummeting like they did in March, which means that if you invest now, you risk losing money later this year. But that risk only exists if you liquidate investments in your portfolio while they're down. On the other hand, if you make a point to only invest money you won't need for another seven to 10 years, then even if stock values do fall later on in 2020, you may not lose so much as a dime. Furthermore, the stock market has a long history of recovering from downturns. That certainly happened following our last recession, and it's likely to happen again, so don't let fear of a near-term decline stop you from buying stocks that could lead to long-term wealth.

Whether you're new to investing or have been at it for years, now's certainly not a bad time to put money into stocks. Just make sure you have a fully loaded emergency fund before you do. That way, you won't be tempted to cash out investments at a loss if market conditions sour in the course of the year and you find yourself desperate for money.