The company wants to be known for its work in technology, however it remains deeply involved in many aspects of finance.

An affiliate of Chinese eCommerce giant Alibaba Group Holding (BABA 2.57%) is rebranding and changing tack, according to media reports. Ant Financial Services Group, the largest fintech company in China, has filed for a change in its business-registration records to be called Ant Technology Group. According to the company, it has received official approval to do so.

The new name will take effect once its details are updated by the State Administration for Industry and Commerce. It is not clear when this might occur. 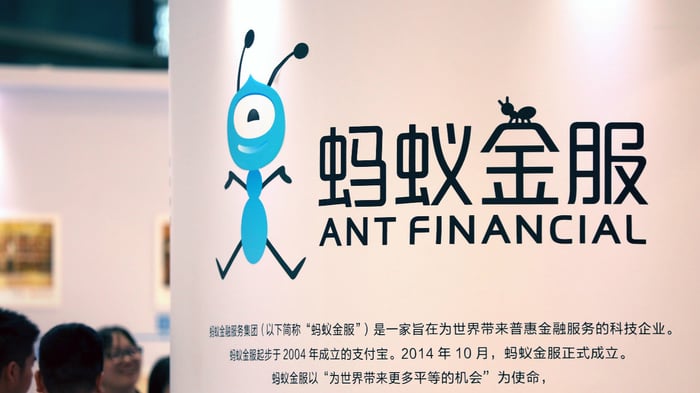 That's not the only change sought by Ant. The Wall Street Journal quoted a company spokesman as saying that it now wants to be called "Ant Group Co" in English. This is because it better describes its work as "an innovative global technology provider." The spokesman pointed out that over 60% of Ant's employees work in tech-related positions.

It remains heavily involved in the financial sphere, however. Arguably Ant's most high-profile asset is AliPay, which it says is the "world's largest payment and lifestyle platform," with over 900 million users. Since its founding in 2014, Ant has branched out into a number of other financial services segments, including asset management and cross-border remittances.

The company's founder is Chinese tycoon Jack Ma, who is also the founder of Alibaba. Ant is well-capitalized, after raising $14 billion from investors in the summer of 2018.

It remains a privately held company and, as such, its financial results are not made public.