Please ensure Javascript is enabled for purposes of website accessibility
Log In Help Join The Motley Fool
Free Article Join Over 1 Million Premium Members And Get More In-Depth Stock Guidance and Research
By Maurie Backman – Jun 30, 2020 at 10:06AM

Going without health insurance just isn't an option right now. Should you get your coverage through Medicare or use COBRA to keep your existing plan?

COVID-19 has spurred an economic recession that's left many Americans out of a job. And that includes older workers. In January, the unemployment rate among workers aged 55 and over was 2.6%. In April, it soared to 13.6%. That means a large number of older Americans are missing not just their paychecks, but the benefits that went along with them -- namely, health insurance.

If being out of work has cost you your insurance, you'll need to figure out coverage immediately. Going without insurance is an unwise move in general, but it's especially dangerous during a pandemic. If you're not yet 65, you may have no choice but to sign up for COBRA and retain your existing coverage, albeit at a hefty cost, or otherwise buy a plan on the health insurance exchange. 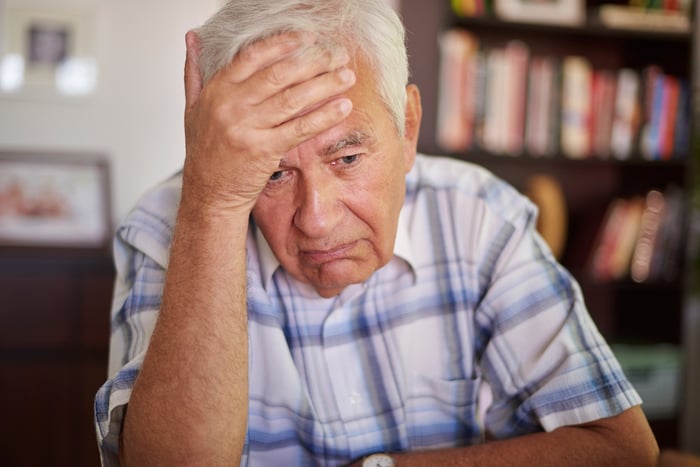 If you expect your layoff to be temporary and think you'll be employed, with insurance, in the not-so-distant future, then COBRA may be a good solution for you -- provided you can pay for it. When you sign up for COBRA, you retain your existing health coverage, but you're also on the hook for its entire cost. Many employers subsidize health insurance premiums, making them more affordable for workers. As such, the $200 a month you once had deducted from your paychecks for health coverage might represent just a fraction of your health plan's monthly premium costs.

Still, the benefit of opting for COBRA is that you'll get to keep the plan you're used to. You can continue seeing the same doctors and your copays will be the same. At a time when getting out and about to find new providers may be nerve-wracking due to the ongoing pandemic, that's important. However, you're only allowed to retain COBRA coverage for up to 18 months, so if you're worried about finding a new job within that time frame, Medicare may be a better solution.

It's also easy to make the case to sign up for Medicare off the bat. Though Medicare is by no means free, it can be more affordable than COBRA. That said, Medicare's scope of coverage may be more limited -- it does not cover dental care, eye exams, or hearing aids.

But here's another reason why it might make sense to enroll in Medicare when you're 65 or older and out of work -- you can always drop your coverage once you no longer need it (and then reenroll once you retire). Unlike Social Security, where delaying benefits could put more money in your pocket, there's no financial incentive for waiting to sign up for Medicare once you're eligible. If you have health coverage through work that doesn't cost you anything, paying for Medicare makes little sense. But if you've lost your employer coverage, Medicare could be an affordable temporary solution.

Ultimately, there's no right or wrong answer, as both Medicare and COBRA have their benefits and drawbacks. Weigh those carefully to arrive at the right choice for you.