Americans are desperate for health coverage, and while they do have options for getting it, they're not necessarily affordable. It's for this reason that so many jobless folks may be itching to get back to work.

The COVID-19 crisis has sent unemployment levels through the roof. In April, the jobless rate topped out at 14.7% before gradually dropping to 11.1% in June. But let's not kid ourselves: Double-digit unemployment is very much bad news, especially at a time when COVID-19 cases are surging, further shut-downs seem inevitable, and our current recession is still holding steady.

But lost wages aren't the only casualty of the pandemic. An estimated 5.4 million Americans have lost their health insurance along with their paychecks. By comparison, only 3.9 million workers lost insurance during the Great Recession ("only" being a relative term, of course).

Given the number of Americans who rely on their employers for subsidized health insurance, these numbers aren't shocking. In 2018, more than 160 million Americans got a health plan through work. And those who are now jobless and eager to get insurance may not have such affordable options to wade through. 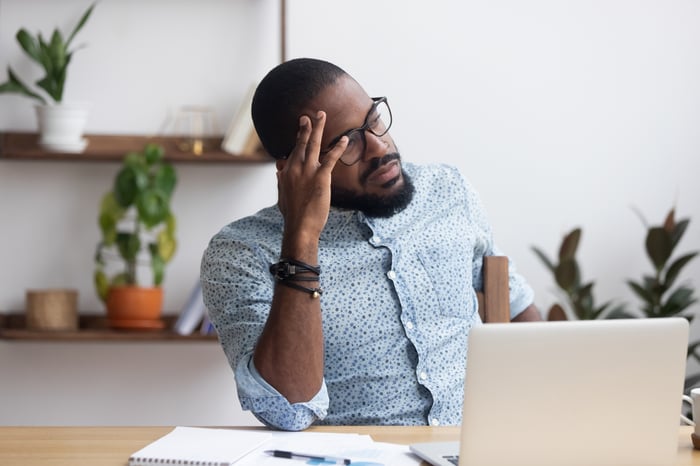 Securing health coverage on your own

If you're without insurance, here are a few alternate options you can explore.

Americans are hurting for health insurance

Going without health coverage is a dangerous move under the best of circumstances, but during a pandemic, it's even more dangerous. Even those collecting unemployment benefits, and receiving the $600 weekly boost that's come with them, may not be in a strong enough financial position to bear the cost of health insurance out of pocket.

In fact, lawmakers have argued against extending that boost, which is set to expire by the end of July, because they feel it's a deterrent to returning to work. A glaring lack of health insurance, however, serves as a counterargument.

For some families, buying insurance privately or paying for COBRA will eat up that entire $600 weekly boost, or even exceed it. Therefore, while some workers may be less motivated to return to a job if that boost remains in play, those desperate for health insurance will be more apt to get back into the workforce once that option is presented.