Please ensure Javascript is enabled for purposes of website accessibility
Log In Help Join The Motley Fool
Free Article Join Over 1 Million Premium Members And Get More In-Depth Stock Guidance and Research
By Maurie Backman – Jul 31, 2020 at 6:18AM

The new Republican coronavirus relief plan has good intentions but a number of flaws.

The COVID-19 pandemic isn't going away any time soon, and the recession it's spurred could take a long time to recover from. For this reason, lawmakers have been working to come up with a relief package to follow March's CARES Act.

Earlier in the week, Republicans introduced the HEALS (Health, Economic Assistance, Liability Protection, and Schools) Act, and it contains one provision that many Americans have been desperate for: a second direct stimulus payment. In fact, the HEALS Act is actually more generous than the CARES Act in this regard.

Though both cap stimulus payments at $1,200 per eligible adult and $500 per dependent, the HEALS act extends that $500 to dependents 17 and over, whereas the CARES Act did not. 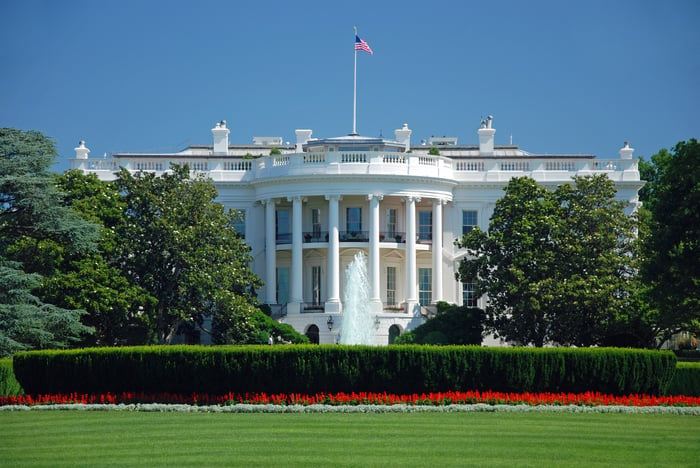 Despite this much-needed provision, the HEALS Act has its shortcomings. Here are a few notable ones.

The CARES Act allowed for a $600 boost to weekly unemployment benefits through the end of July. The HEALS Act seeks to extend boosted unemployment, but at a substantially lower rate -- just $200 per week.

For many jobless folks, losing that $400 a week will be brutal. Many won't manage to pay their rent. Others will have to seriously curb their spending. Not only will cutting unemployment hurt those who rely on jobless benefits to stay afloat, but it will also impact the economy on the whole and possibly lead to additional job loss in the coming months.

2. It offers a tax break that won't benefit the average American

Generally, business meals are 50% deductible for business owners or those who are self-employed. The HEALS Act seeks to make business meals 100% deductible. The logic for doing that is to incentivize more people to frequent restaurants, which have been particularly hard hit during the pandemic.

But the added tax break won't benefit all taxpayers -- only business owners and self-employed individuals who are able to deduct business meals in the first place. Struggling Americans who can barely put food on the table these days won't get an ounce of relief through this proposal.

3. It could leave countless businesses out of a second round of PPP funding

The Paycheck Protection Program (PPP) saved millions of jobs earlier on in the pandemic, but businesses were only eligible for 2 1/2 times their monthly payroll costs in forgivable loan form. At this point, many companies that received an initial PPP loan have exhausted those funds, so the HEALS Act proposes a second round of PPP loans for the businesses that need that money the most.

To qualify for a second PPP loan, businesses must have 300 employees or fewer (a change from the 500 employee limit during the first round) and also prove that they've experienced at least a 50% drop in revenue. That second requirement isn't problematic, but the first one is, as it means a struggling business with 350 or 400 employees would be ineligible to apply. And if moderately sized small businesses are left out of a second PPP round, it also may result in widespread layoffs during the latter part of 2020.

Lawmakers are eager to move a second stimulus package forward before the Senate recesses again on Aug. 8. As such, there's pressure to approve a relief deal, so the HEALS Act may very well pass, even if it's far from perfect.