The troubled camera company sold its pharmaceutical subsidiary for $4.6 billion in 1994 but now wants to return to the sector. Will it succeed?

On July 29, Eastman Kodak (KODK -1.30%) announced it received a $765 million loan from the U.S. government under the Defense Production Act to manufacture active pharmaceutical ingredients in generic drugs as part of a broader response to the coronavirus pandemic. After the news broke out, investors went into a euphoric buying frenzy. In the span of a single day, Kodak's share jumped nearly 300% and trading of the stock was temporarily halted for a time. Perhaps bizarrely, shares of Kodak are now among the best-performing in any stock sector, with a mouth-watering 614% return year to date.

Considering the stock-shattering jump, investors who didn't buy into the rally may feel like they missed out, and those who did may find it incredibly difficult to keep holding onto profits. Let's take a look at whether the stock has already reached its full potential or whether more growth could be ahead. 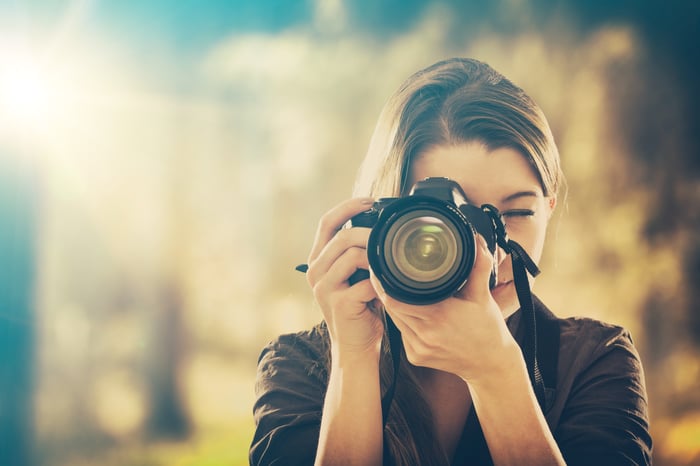 The timing couldn't be better

With the widespread adoption of digital smartphone cameras, Kodak's core photo and film processing business model has largely become redundant. Back in its heyday in 2005, the company brought in about $11.4 billion every year in revenue. Fast-forward 14 years and Kodak's revenue had declined to just $1.24 billion in 2019.

What's more, the company is struggling to turn a profit. In the first quarter of 2020, the company recorded a pre-tax loss of $53 million from its $267 million in revenue. Many factors, such as a high cost of goods sold and employee pension liabilities, are significantly hampering its turnaround capabilities. Hence, the company's manufacturing contract could not have been awarded at a better time.

Does the company have a track record for this new venture?

Surprisingly enough, this is not the first time Kodak has ventured into the pharmaceutical sector. In the 1990s, the company manufactured nonprescription medicine such as Bayer's aspirin. Ironically, in 1994, the company decided to spin off its pharmaceutical subsidiary Sterling Winthrop and instead focus on its core photo and film business (which we already noted fell off a cliff). One part of Sterling Winthrop was sold to SmithKline Beecham (now GlaxoSmithKline) and fetched a staggering $2.93 billion price tag. The remainder, which was sold to Sanofi, was sold for $1.68 billion. 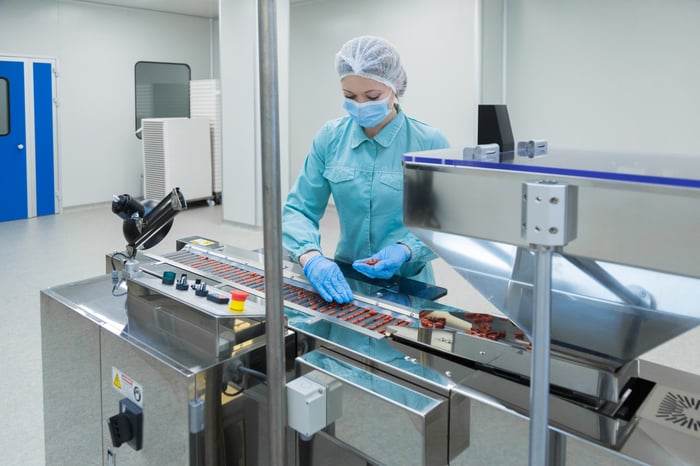 Initially, investors may be skeptical that Kodak can pull off its new contract, due to the prevalence of generic drug giants such as Teva Pharmaceutical Industries and Mylan, both of which have several magnitudes more production capacity than Kodak.

However, under its contract, Kodak will be producing pharmaceutical ingredients that are already facing a shortage, where reputable large-cap manufacturers cannot keep up with the demand. Take the case of generic dexamethasone, a steroid that reduced the risk of mortality by 33% in patients with COVID-19 who are on ventilators. After the study came out, panic buying ensued. Despite having five manufacturers for the drug's active ingredient, the U.S. Food and Drug Administration lists dexamethasone as currently in shortage.

What makes the outlook on Kodak even brighter is that the stock was already severely undervalued before it was awarded the Defense Production Act contract. At one point this year, Kodak had a market cap of just $80 million, compared to revenue of $1.24 billion. Even now, the company has a market cap of only $1.45 billion. The company's financial health is also passable, with $263 million in debt compared to $209 million in cash.

Hence, I think this rally more or less puts Kodak close to fair value. Pharmaceutical investors who feel they are missing out may wish to open a small stake, while those who can't resist the urge to take profits may want to consider selling a portion of their holdings.