Please ensure Javascript is enabled for purposes of website accessibility
Log In Help Join The Motley Fool
Free Article Join Over 1 Million Premium Members And Get More In-Depth Stock Guidance and Research
By Keith Noonan - Aug 5, 2020 at 9:23AM

A surprising pivot made the struggling photography company one of the hottest stocks on the market.

Shares of Eastman Kodak (KODK 1.31%) soared 879.8% in July, according to data from S&P Global Market Intelligence. The stock was one of the market's best performers last month and exploded on news that the photography company was receiving government support to move in a direction related to combating the coronavirus pandemic. 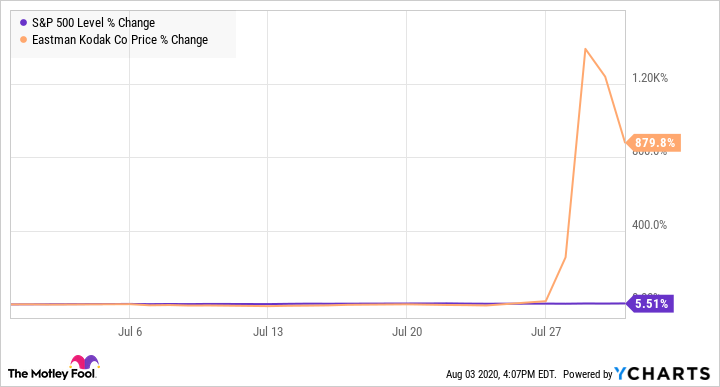 News emerged on July 28 that Kodak had secured a $765 million government loan under the Defense Production Act to undertake the production of ingredients for generic pharmaceuticals including hydroxychloroquine, a drug that has previously been used to treat malaria and that President Trump has suggested could be effective in treating COVID-19. Shares have given up some of their explosive gains following the announcement, but the stock is still up nearly 500% over the last year. 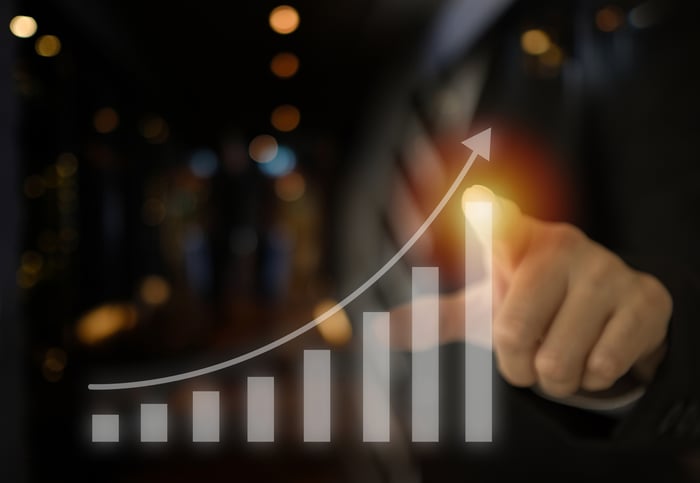 The $765 million loan to Kodak is part of a Trump administration initiative to increase domestic production of ingredients used to make pharmaceuticals. Kodak was once a leading player in the photography space, but the business has fallen on hard times as digital photos have taken over the market.

Kodak was already increasing production of compounds including isopropyl alcohol (used for disinfectants) in order to help combat the spread of the coronavirus, but the big government loan signals that management is pivoting to chemical production as the future of the business.

The prospect of a new revenue source prompted investors to pour back into the company's stock, but the incredible gains have been controversial on multiple fronts. The Securities and Exchange Commission will reportedly investigate potential insider trading on Kodak stock prior to the announcement of the loan, following calls for an inquiry by Sen. Elizabeth Warren of Massachusetts.

Kodak's stock has seen substantial sell-offs following its meteoric rise late in July. The stock has dipped early in August's trading, with shares falling 34% in the month so far. 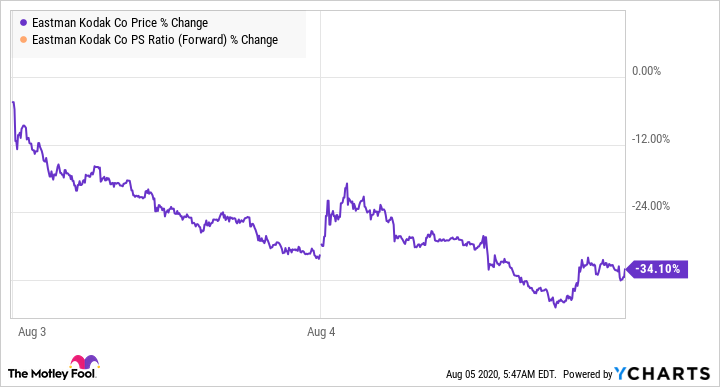 Even with the incredible gains recently, Kodak's stock has fallen more than 25% over the last decade while the S&P 500 index has climbed 91% across the same stretch. The company's lackluster performance reflects waning demand for its core business, and it's unclear whether the push into pharmaceutical production will be a source of long-term growth.

Kodak is valued at roughly $630 million, and the loan that the company has secured under the Defense Production Act significantly exceeds its current market cap. The pharmaceutical ingredients market is typically low margin and highly competitive, and there's plenty of uncertainty as to whether Kodak's big pivot to chemical production will be successful.

The shift has presented a new avenue to growth, but the company's outlook remains highly speculative. And the astronomical increase for Kodak's valuation in such a short period of time suggests its stock is a very high-risk investment.