The jobless rate fell in July, but that doesn't tell the whole story.

Ever since COVID-19 first took hold in the U.S., unemployment has skyrocketed. And when we consider the fact that much of the country was in lockdown mode for months, that makes sense.

In April, unemployment hit a record high of 14.7%, but the jobless rate has fallen consistently since then. In fact, July's unemployment rate was recently revealed to be 10.2%, the lowest since the pandemic began.

On the one hand, that's good news. On the other hand, it means a devastating number of Americans are still out of work, and given our current economic recession, many are likely to stay that way for the remainder of the year, and possibly beyond. 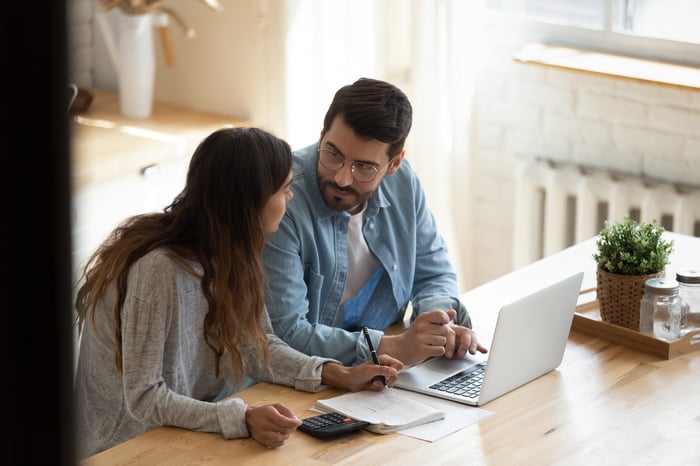 Why we can't get too excited about July's jobless rate

It's encouraging to see that the jobless rate declined in July, especially after a couple of weeks during which new unemployment claims increased. But when we put that 10.2% unemployment rate into context, it paints a pretty ugly picture.

In February, the U.S. unemployment rate was 3.5%. Now, July's jobless rate indicates that about one out of every 10 people who are available for work and want to work can't find a job. But it also doesn't account for those people who have stopped trying.

Many Americans have simply stopped looking for work in the course of the pandemic. For some, a lack of child care is the driver behind that decision. For others, safety concerns are prompting them to stay home. This especially holds true among older workers, who are also less likely to have jobs that can be performed remotely. But remember, people who aren't actively looking and available for work aren't counted in July's 10.2% jobless rate. If we were to factor in those who want to work but can't or have stopped looking, that number would likely be a lot higher.

That said, let's not forget that the country took a step backward in July with regard to containing COVID-19, and while cases have started to plateau in some areas, we're by no means out of the woods. As such, we need to gear up for the fact that some states may need to postpone reopening plans or impose additional restrictions to cope with the outbreak, and that could, in turn, affect unemployment in the coming weeks and months.

It's for this reason that July's unemployment rate is encouraging news to some degree, but not exactly a source of relief. And while we've certainly come a long way since April, the U.S. economy still has a long road ahead before it gets back to where it was before the pandemic took hold.