Wind turbine manufacturer Vestas is having an incredible year, and it's building an ultra-profitable business investors shouldn't overlook.

Shares of the global market leader in wind turbines, Vestas Wind Systems (VWDRY 1.23%), are up 9.5% at 1:15 p.m. EDT on Aug. 11 following the release of the company's second-quarter results after market close yesterday.

Vestas, a Danish company that manufacturers, installs, and maintains wind turbines all over the world, reported revenue of 3.5 billion euros, a massive 67% increase from last year. 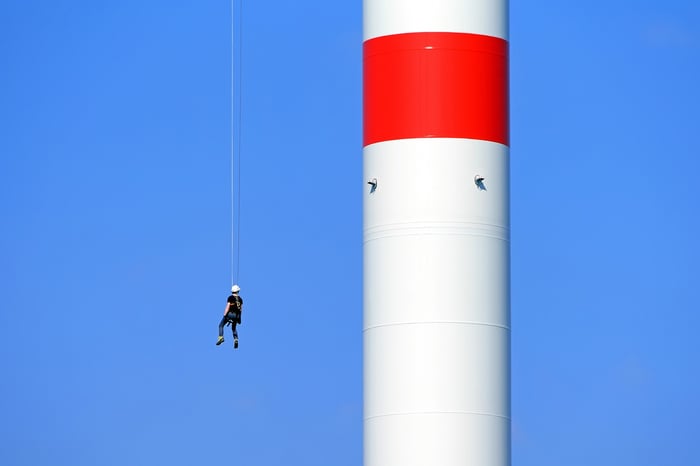 Vestas is experiencing growth in demand for services as well as new wind turbines. Services revenue increased 6%, and this revenue, much of which is recurring in nature, is also highly profitable. The company averaged 28.5% EBIT margins on service revenue in the quarter, versus an adjusted EBIT margin on consolidated revenue of 5.9%.

Vestas stock is at an all-time high, but for good reason. Management reaffirmed its full-year expectation for 14 to 15 billion euros and announced its total backlog had grown to 35 billion euros, with more than half of that revenue from highly profitable services.

Over the past several years, Vestas has prioritized growing its services business, and that strategy is paying off. Not only does this segment have the potential to generate more profits, but it's also proving a source of consistent, recurring revenue.

Looking ahead, global demand for wind turbines is very strong, and Vestas is positioned to remain a leader. Investors should give this renewable energy leader a close look. Even at all-time highs, Vestas looks like a winner that's set to keep winning for years to come.