You may have plenty of money socked away in your retirement plan and a healthy brokerage account balance. But when's the last time you took a peek at your bank account balance? With the economy being stuck in a recession, it's crucial that you have ample cash reserves on hand in the coming months for the following reasons.

1. In case you lose your job

The U.S. unemployment rate is currently 10.2%. While that's actually an improvement from earlier in the year, it's still dangerously high. Throw in the fact that many states are struggling to contain the COVID-19 outbreak, and it's clear that a lot of jobs are apt to be on the line in the coming weeks and months. 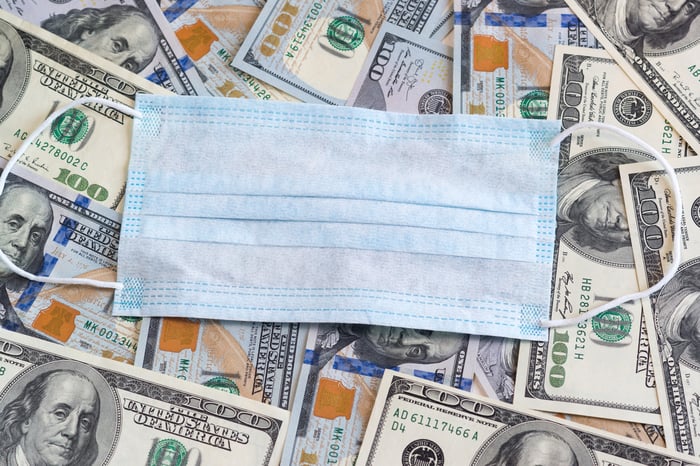 That's why you need a solid level of cash reserves -- ideally, enough to cover about six months of living expenses. That way, if you're let go and your unemployment benefits don't do a good enough job of replacing your missing wages, you'll have a means of paying your bills.

Furthermore, having cash on hand during a layoff could prevent you from having to take a premature retirement plan withdrawal. The CARES Act does allow you to remove up to $100,000 from an IRA or 401(k) if you've been impacted by the pandemic, but any funds you withdraw in the near term will be funds you don't have available later in life when you're apt to need that money the most.

Also, when you take an early retirement plan withdrawal, you lose out on investment growth on the sum you remove, so that a $10,000 withdrawal today could result in a $54,000 shortfall in retirement when you factor in lost investment growth. That $54,000 assumes you're 25 years away from retirement and your IRA or 401(k) typically generates an average annual 7% return, which is a couple of percentage points below the stock market's average.

2. In case a major unplanned expense pops up

When unexpected bills arise, you have two choices: pay for them outright or rack up debt to cover them. The latter isn't ideal since it costs you money in interest, but also, it may not be an option at all right now. A lot of lenders, for example, are cutting back on home equity loans and lines of credit, which are generally considered an affordable means of borrowing, and the last thing you want is to have to resort to unhealthy debt to cover a sudden expense.

Incidentally, this advice applies to small business owners, as well -- including those who have already been hard-hit during the pandemic. Many small businesses are struggling to get lines of credit these days. And though there's talk of a second round of PPP loans, you may be limited as to how you can spend that money (and also, you may not qualify in the first place). A good bet, therefore, is to have cash at the ready.

3. In case you want to invest

Stock values tend to decline during recessions, but actually, that gives you a prime opportunity as an investor to buy quality stocks at a discount. But you'll need cash on hand to make that happen.

In fact, one thing you won't want to do is liquidate existing investments to make room for new ones, because in doing so, you could face losses and negative tax implications. (Selling stocks at a profit that you've owned for a year or less, for example, could result in a sizable capital gains tax bill.) Rather, your best bet is to have cash on hand to take advantage of low-cost stocks you've been eyeing awhile.

A lot of people aren't in a position to boost their cash reserves right now, but if you're still working and spending less due to pandemic-related restrictions, you may have an opportunity to stockpile some money. And that could really come in handy in the near term.