Please ensure Javascript is enabled for purposes of website accessibility
Log In Help Join The Motley Fool
Free Article Join Over 1 Million Premium Members And Get More In-Depth Stock Guidance and Research
By Christine Williams – Aug 15, 2020 at 8:37AM

This gaming company will only release five more games this year, but the future continues to be promising.

Games are an ever-popular pastime, and with more people staying at home these days, gaming companies are reaping the benefits of increased player engagement. Electronic Arts (EA -0.89%) beat expectations in its first quarter of fiscal year 2021 with strong revenue and record player engagement, but with only a handful of additional games slated for release this year, can the company keep up the pace? 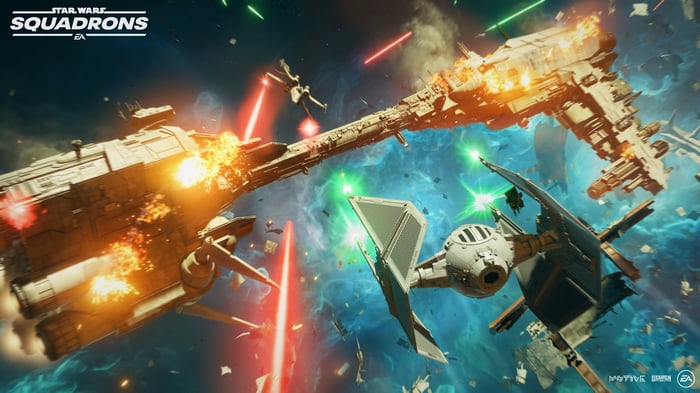 Live services are the real king

Electronic Arts is releasing 14 titles over the course of the year, and at this point, there are only five games left for launch. A number of these titles are in-house console/PC games, but some of them are mobile games, and others are produced by indie studio partners. Players highly anticipate the release of Madden NFL 2021, Star Wars: Squadrons, UFC 4, FIFA 2021, and NHL 2021. But with only a small number of titles left to capture revenue, will the company be able to grow more this year, even after the coronavirus tailwind has blown past?

In fact, Electronic Arts posted a strong quarter not only because more people were at home to play new games, but also because the company has managed to reel in players and keep them paying to play even longer than before. Downloadable content (DLC) and live services have given the company a bad rap over the past couple of years, as players have accused Electronic Arts of undermining gameplay in order to rake in more profits. However, the negative publicity doesn't seem to have hit the company too hard: DLC and live services now account for more than half of Electronic Arts's net bookings, and if the past quarter has proven anything, it's that players are still willing to shell out money for premium content in games they love to play.

Why is DLC so lucrative? It allows gaming companies to extend the revenue lifecycle of existing games, contributing to strong, continuing demand and sales. This approach is certainly less exciting than launching a brand-new game with a new story, engine, and economy, but it also serves to mitigate the risk inherent in launching an unknown game that costs millions to produce.

Electronic Arts walks a delicate tightrope, balancing game content with attempts to expand revenue through additional purchases. Yet this strategy has helped the company increase its trailing-12-month total revenue by 15.2% over the past year, most of which was buoyed by the 17% increase in live services revenue.

The company put 30 of its most popular titles on the game platform Steam in June 2020, which could reinvigorate its PC game sales. Steam takes a 30% commission on game download sales, but the platform also boasts over 95 million monthly active users, expanding EA's pool of potential future players substantially.

Furthermore, the next generation of consoles is expected to begin release at the end of this year or the next, which should renew interest in soon-to-be released Electronic Arts titles, as well as current games that will still work on the new systems. This could energize full game sales even more.

The company enjoys strong margins on its products and has been accumulating cash for years, allowing it to invest in improving its offerings as technology evolves. Its trailing-12-month gross margin is at 74.6%, while trailing-12-month net profit margin is 34.27%, which are slightly higher than those of rival Activision (ATVI 1.70%) and nearly double the margins of competitor Take-Two Interactive (TTWO -1.33%).

Game production is a risky and expensive business, but Electronic Arts takes steps to hedge this risk by focusing on premium content and supporting Indie game developers through the EA Originals program. By mixing new launches with existing franchise titles, the company should be able to continue expanding its sales even as the gaming market becomes more saturated over time. 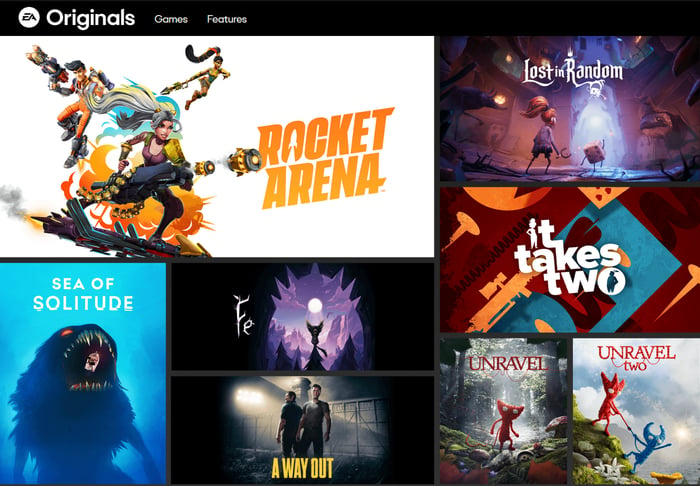 So assuming that Electronic Arts successfully launches its next games in the third and fourth quarters, total net revenue for the next year should increase in line with its guidance of $5.62 billion -- a 1.6% increase from the year before.

The coronavirus pandemic has prompted many players to return to in-home entertainment, and the renewed interest should not decrease any time soon. With the company's focus on premium content extending revenue from each product over time, there is plenty of reason to think that this video game stock will continue to grow in the mid- to long-term future.