If the former vice president is elected in November, expect policy changes that will boost these companies.

Biden leads President Donald Trump in the RealClearPolitics average of national polls by 7.6 percentage points, and is also polling ahead of Trump in enough key battleground states to have a significant Electoral College advantage.

Should Biden hold on to his lead until November, he'll bring a new policy agenda to Washington that will have major implications for the economy. These policy shifts could be excellent news for a number of U.S. industries, and those who invest now in strong companies within those industries could set themselves up to profit. With that in mind, here are three great stocks to buy if you think Joe Biden will win the election. 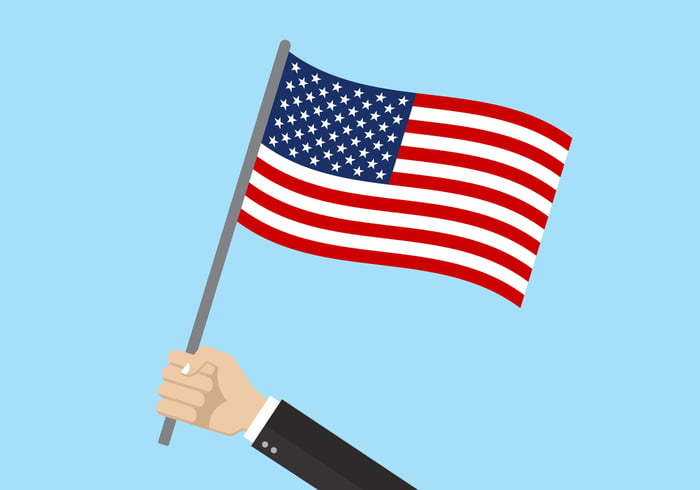 Biden places a high priority on transitioning the United States away from its heavy reliance on fossil fuels and toward greater use of clean, renewable energy. In particular, he plans to create incentives for companies to help reduce the carbon footprint of the U.S. by 50% within the next 15 years. As one of the top renewable energy companies, Brookfield Renewable (BEP 1.08%) (BEPC 0.80%), should be a big winner with Biden in the Oval Office.

Brookfield Renewable owns and operates hydroelectric, wind, solar, and energy-storage facilities throughout the world. Roughly half of its current energy-generation capacity of more than 19,000 megawatts is in North America. The company intends to crank up its capacity in a big way: It has 18,000 megawatts worth of projects in its development pipeline.

With Biden as president, Brookfield Renewable could find it even easier to achieve its expansion plans. That could enable the company to exceed its goal of delivering average annual returns between 12% and 15%. It could also allow the company to continue growing its dividend, which currently yields close to 4%.

Biden doesn't support the full federal legalization of recreational marijuana. But U.S. cannabis companies would likely still be ecstatic if he becomes president. For one thing, the unity task force established by Biden and Sen. Bernie Sanders did come out in support of the federal legalization of cannabis for medical use. More importantly, the task force recommended that federal laws be changed to recognize the rights of states to make their own decisions about the legalization of recreational pot. Assuming a Biden administration adopts these policies, Green Thumb Industries (GTBIF 6.54%) would be a natural beneficiary.

The company runs 13 manufacturing facilities in the U.S., and owns and operates a chain of 48 retail cannabis stores in 12 states. That number should continue to grow rapidly, considering that the company has licenses for 96 retail locations. Should medical cannabis be legalized at the federal level, Green Thumb's expansion could accelerate dramatically.

The company's market cap of around $3.2 billion is roughly half that of top Canadian cannabis producer Canopy Growth. But Green Thumb generated more than 40% higher revenue in its latest quarter than Canopy. The main reason behind the valuation disconnect is the fact that cannabis is currently illegal in all forms under U.S. federal laws, while it is fully legal in Canada. Under a Biden presidency, that just might change, which could open the gates for Green Thumb's stock to take off.

Biden wants the federal government to support the use of telehealth throughout rural America, especially for mental health and specialty care. He also views telemedicine as a key component in fighting the COVID-19 pandemic. Both stances could be good news for Teladoc Health (TDOC 0.69%).

Teladoc stands as the global leader in telehealth, offering virtual care services across 175 countries. Those services notably include behavioral health care, but the physicians the company connects patients with cover more than 450 medical subspecialties. Teladoc's acquisition earlier this year of InTouch Health also makes the company a leader in hospital-to-home telemedicine.

The coronavirus pandemic has driven an intense surge in the use of telehealth services. It has also boosted the use of the chronic-disease management platform offered by Livongo Health, a fast-growing company that Teladoc plans to buy. Biden's policies could fuel increased adoption of virtual care and make Teladoc Health an even bigger winner than it already is.