Please ensure Javascript is enabled for purposes of website accessibility
Log In Help Join The Motley Fool
Free Article Join Over 1 Million Premium Members And Get More In-Depth Stock Guidance and Research
By Maurie Backman – Aug 21, 2020 at 6:36AM

Workers are looking at a payroll tax deferral from September through the end of the year. Here's what it actually means.

Millions of Americans have been struggling financially since the start of the COVID-19 pandemic, and while unemployment has reached record levels, not everyone has lost a job. It's these people who President Trump is specifically seeking to help.

Earlier in the month, the president signed an executive order calling for a payroll tax deferment starting Sept. 1 and lasting through the end of the year. Trump had been asking to see a payroll tax break in a second stimulus deal, but lawmakers notably excluded it -- so the president decided to take matters into his own hands.

Normally, employees pay 6.2% of up to $137,700 of earnings toward Social Security taxes and 1.45% of all of their earnings toward Medicare taxes. Employers then match those taxes themselves. 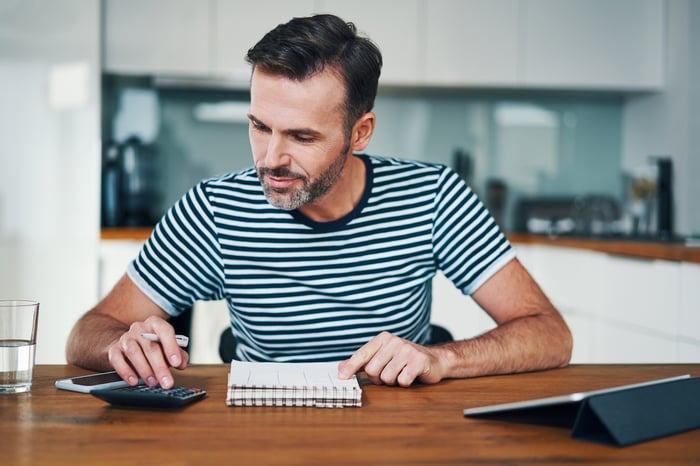 President Trump is now looking to allow workers earning up to $104,000 per year to defer those Social Security taxes from September through the rest of 2020. As such, someone earning $104,000 per year would see $124 extra in his or her weekly paycheck starting in September, for a total of $2,232 in temporary savings.

But notice the "temporary" there. The reason? President Trump's executive order doesn't forgive those payroll taxes completely; it merely pushes them off to a later date. And that's just one reason why his plan, though perhaps well-intentioned, may not be all that effective in the end.

President Trump has pledged to forgive deferred payroll taxes between September and the end of the year if he's reelected. But whether he'll have the authority to do so is still up for debate. And if those payroll taxes aren't forgiven, deferring them may not really do much to improve the typical worker's financial picture.

Anyone who's struggling financially today is unlikely to be in a substantially better place during the first part of 2021, when those payroll taxes would actually come due in conjunction with the tax-filing deadline. But even if those payroll taxes are completely forgiven, that still doesn't help the millions of Americans who are currently without a job. Right now, it's fair to say that workers without a paycheck need the most aid, and while the president did sign a separate executive order calling for boosted unemployment, that, too, may only provide minimal relief.

The goal of offering a payroll tax break is to give workers a larger paycheck, thereby allowing them to pump more money into an economy that's stuck in a recession. But forgiving those taxes temporarily may not achieve that goal.

Workers will likely be hesitant to spend their boosted paychecks knowing they'll have a tax obligation on their hands in the not-so-distant future, while those who do spend that money may easily wind up in trouble the following year if it turns out those taxes are not, in fact, eligible for forgiveness. It's for these and other reasons that lawmakers opted out of a payroll tax break in the first place -- despite the president insisting on one.