Please ensure Javascript is enabled for purposes of website accessibility
Log In Help Join The Motley Fool
Free Article Join Over 1 Million Premium Members And Get More In-Depth Stock Guidance and Research
By John Bromels, Scott Levine, and Lee Samaha - Aug 22, 2020 at 7:37AM

Not only do these top stocks pay you, but every year they pay you more!

If you're worried that the market may be overheating, you're not alone. The S&P 500 is setting new record highs, while the unemployment rate is in double digits and a global pandemic is forcing businesses to shut down across the country.

Investors looking for stable investments should consider buying Dividend Aristocrats: companies that have increased their dividends every year for 25 straight years or more. We asked three of our Motley Fool contributors what their top picks would be for Dividend Aristocrats to buy right now. They came back with Carrier Global (CARR 0.39%), NextEra Energy (NEE 0.04%), and Dover (DOV 0.98%). Here's why they think these shareholder-friendly companies are good buys now. 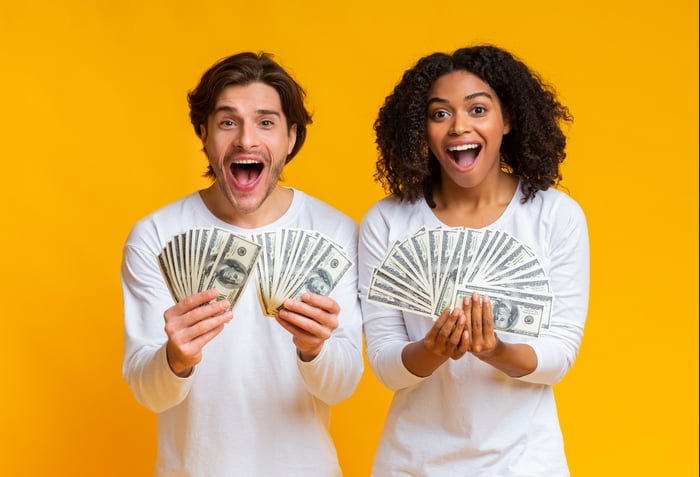 This recent spinoff is just getting started

Lee Samaha (Carrier Global): The heating, ventilation, air conditioning, and refrigeration (HVACR) company made the list of Dividend Aristocrats because it was part of the former United Technologies conglomerate. No matter, as an independent company Carrier has already begun paying dividends to shareholders, and it looks capable of substantially growing its payout in the future.

The case for buying Carrier is based on the idea that, as an independent company, its management could set about fully realizing the earnings potential of its businesses. That's something likely to come from a combination of cutting costs, taking part in industry consolidation, and investing in order to benefit from the long-term global trend toward HVACR.

On these points, management is making good progress on its plan to cut $600 million in costs by 2022. Industry consolidation and portfolio restructuring have obviously taken a back seat due to the coronavirus pandemic, but during a recent earnings call CEO Dave Gitlin confirmed it was an ongoing consideration. "We said that we would put every part of the portfolio through a very rigorous and clinical set of lenses," Gitlin said.

In addition, Gitlin said Carrier was "investing more in the second half to position us for growth in 2021 and 2022." As part of the rationale for the separation of the company, management plans to expand its digital offerings and take advantage of the growing trend for middle classes in developing countries to start using HVACR.

Putting it all together, Wall Street analysts expect the industrial company to generate $1.73 in earnings per share in 2021, meaning it trades on less than 17 times 2021 earnings. That's a good valuation for a company with a combination of mid-single-digit revenue growth prospects and margin expansion opportunities.

A safe bet on renewables

John Bromels (NextEra Energy): Lee's pick Carrier is probably the best-known name in air conditioning. And as the U.S. continues to experience record-high temperatures year after year, air conditioning is going to become more important. Combine that with the trend of southern and southwestern migration -- Nevada, Arizona, and Florida are among the top five fastest-growing states in the country -- and air conditioning usage in the U.S. is poised to skyrocket.

As energy-hungry air conditioning use rises, so will the need for power, especially in those hot southern climates. That's where my pick, NextEra Energy, comes in. NextEra is the largest electric utility in North America, based entirely in Florida. It owns the massive Florida Power & Light as well as the smaller Gulf Coast Power. The two utilities boast a combined 5.5 million customer accounts in the Sunshine State. That's a lot of air conditioners!

NextEra just joined the ranks of Dividend Aristocrats this year, having raised its dividend annually since 1995. And lately, those increases haven't been small -- its dividend has increased 81.8% over the last five years alone. Those increases seem set to continue, as management is predicting 10% annual dividend growth through 2022.

Meanwhile, even after paying its dividend -- currently yielding about 1.9% -- the company has plenty left over to continue to build out its network of renewable power generation facilities, which in turn generate more electricity that NextEra can sell to its Florida customers or other utilities. This cycle of growth doesn't seem likely to let up anytime soon, which makes NextEra Energy a buy.

A regal approach to dividend investing

Scott Levine (Dover): Dividend Aristocrats like Carrier and NextEra are attractive, to be sure. But for investors who are even more discerning, a Dividend King like Dover is a more compelling option.

While they're not necessarily members of the S&P 500, Dividend Kings are companies that have raised their distributions for at least 50 years (double the Aristocrats' 25). And in industrial manufacturer Dover's case, a lengthy history of consecutive dividend raises is something the company has in spades. Earlier this month, Dover announced that it was raising its quarterly dividend to $0.495 per share from $0.49 per share, representing the 65th consecutive year in which it has raised its payout to shareholders.

Providing equipment and solutions to a wide variety of industries, from commercial refrigeration to aerospace, Dover has a global reach that helps it generate a considerable amount of operational cash flow. Consequently, Dover is able to fund its capital expenditures and dividend organically. 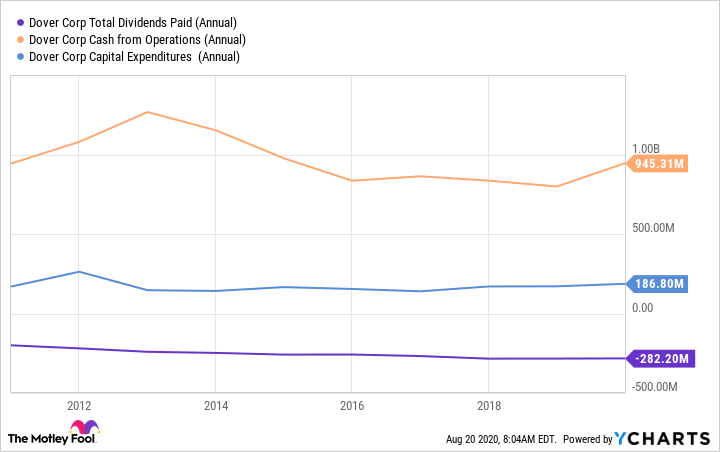 Currently, shares of Dover provide investors with an end-of-summer sale opportunity. According to Morningstar, Dover's stock is changing hands at 15.3 times operating cash flow, representing a slight discount to its five-year average multiple of 15.4, and an even greater bargain to its 2019 multiple of 17.9. That makes it look like a royally good buy right now.

3 Top Innovative Dividend Stocks for the Second Half of 2022