Sales trends aren't looking quite as bad as many investors had feared.

That rally pushed the automaker's shares closer to positive territory for the year, but shares are still down and trailing the broader market's 6% rise through early September. 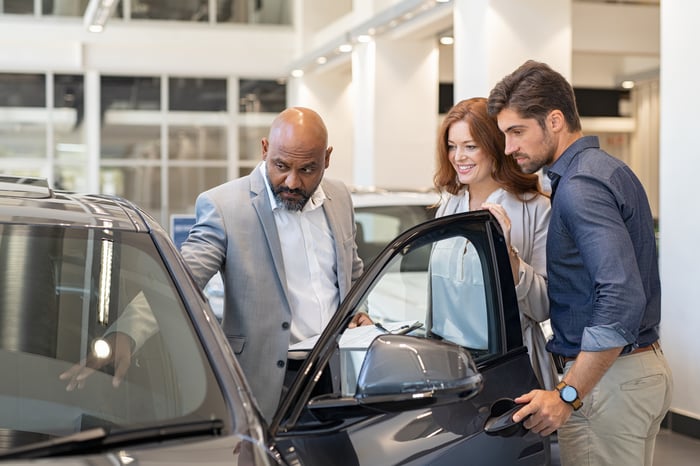 August was a good month for most of the auto industry, which had been beaten down during the early days of the COVID-19 pandemic. Toyota contributed to that general optimism by announcing some good news in its early August earnings report.

The company reported a brutal 50% decline in volume for the period that ended in late June. However, the pandemic's impact wasn't as bad as management had predicted. Toyota also managed to generate a profit for the period even as sales plunged .

Toyota is bracing for continued financial challenges due to COVID-19 and recessionary demand pressures. But management is growing a bit more optimistic about the industry, so it raised its fiscal 2020 volume outlook to call for 7.2 million automobile sales compared to the prior target of 7 million.

While that update suggests the worse might be behind Toyota and its peers, it still suggests plenty of volatility and weak overall operating results ahead for automakers.