Weighing the prospect of a greener future against Shell's weakening balance sheet.

Shares of oil majors have been tumbling as investors grapple with lower oil prices and question the long-term future of oil and gas. The sell-off has been particularly bad for Royal Dutch Shell (RDS.A) (RDS.B), which has lost over half its value so far this year.

Shell has its fair share of problems, but the company's strategic moves in April give reason to believe the worst could be behind it. 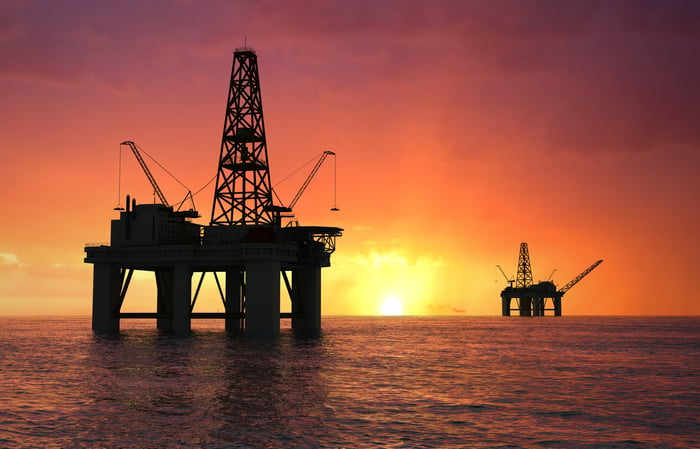 Shell is somewhat in the middle when it comes to embracing renewable energy. Unlike some of its European competitors that could turn into renewable energy stocks, Shell is targeting a modest amount of renewable investment while also focusing on making the oil and gas industry cleaner.

One recent project is the Northern Lights consortium, which includes Shell, Norwegian major Equinor ASA, and French major Total. The goal is to capture CO2 and then use it in industrial processes or store it where it's less harmful to the environment. This effort is called "carbon capture and storage (CCS)," and it's arguably oil's best chance to become carbon-neutral over the long term. Shell is also selling what's called carbon-neutral liquefied natural gas (LNG), a concept of using carbon credits to offset the environmental impact of LNG. But since Shell is footing the bill for these projects, carbon-neutral LNG is simply a lower-margin way for Shell to sell natural gas. Last Friday, Shell and BP urged the Railroad Commission of Texas (RRC) to ban flaring, the practice of burning natural gas associated with drilling for oil.  Shell has drastically reduced upstream flaring since 2010. Its greenhouse gas (GHG) emissions from flaring are now at a 10-year low.

While Shell's environmental efforts are admirable, the company hasn't figured out a way to monetize CCS or carbon-neutral LNG. For now, these efforts do little more than improve public perception of Shell. Still, they are worth keeping track of in the event Shell gains a competitive advantage in a green technology that can deliver bottom-line results.

The long-term payoff of Shell's environmental efforts has done little to mitigate the short-term pain on its business. Earnings, revenue, and cash flow are all down for what was once considered the leader in cash flow generation among oil and gas majors. To Shell's credit, its late April decision to rip off the proverbial bandage and start anew by cutting its dividend by two-thirds, suspending share buybacks, and cutting spending has alleviated some pressure on its business.

Arguably the biggest concern for Shell is its balance sheet. 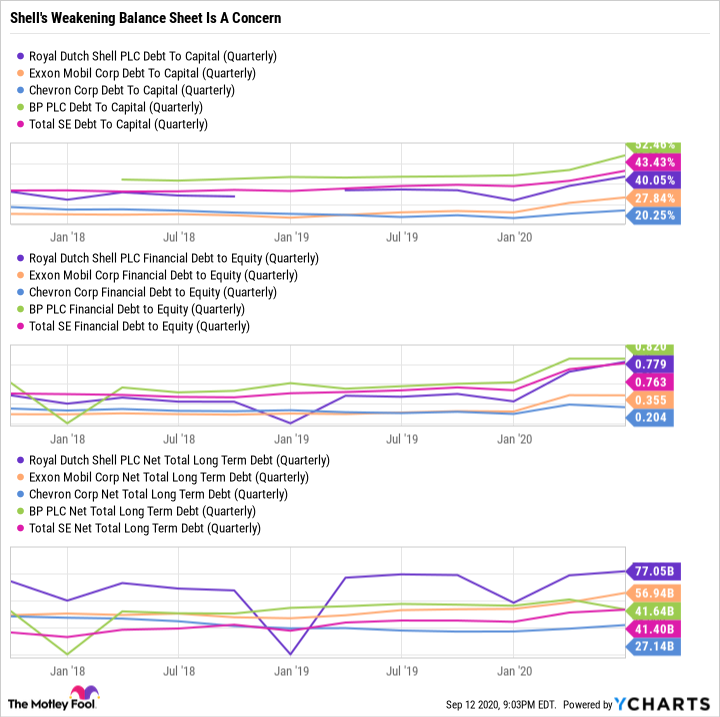 Debt and leverage have been on the rise as Shell gives itself the necessary breathing room to weather the downturn. Despite being smaller than Chevron and ExxonMobil by market capitalization, Shell now has as much net total long-term debt as the two companies combined. This is disappointing considering Shell had one of the stronger balance sheets among oil majors just a year ago.

Shell's efforts in CCS, carbon-neutral LNG, and reduced flaring of natural gas are all admirable, but they aren't helping Shell get through the current downturn. What is helping Shell is its lower quarterly dividend obligation of just $1.2 billion and a lack of share buybacks. These changes mean that there's less reason to buy Shell for the short-term, but they could end up benefiting Shell over the long-term. And with the stock already selling off big, the market may have already priced in short-term headwinds.

If Shell can prove that it can generate solid operating cash flow even with reduced spending, then it could emerge as one of the better oil majors from this downturn. In the meantime, Shell yields 4.5%, which isn't chump change.

Shell Plans to Cut Thousands of Jobs Amid Shift to Carbon Neutrality: What Investors Need to Know
371%