Shares of AMC Entertainment (NYSE:AMC) fell 19.9% in July, according to data from S&P Global Market Intelligence. The world's largest theater chain saw its stock post a month of double-digit declines due to volatility for the broader market, signs of ongoing coronavirus-related pressures, and relatively weak performance for a would-be blockbuster. 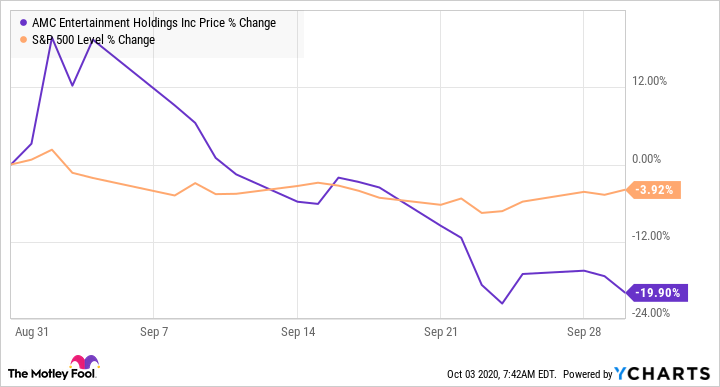 Tenet, a film from AT&T's Warner Bros. unit, was at one time pegged as a potential savior for the movie theater industry, but it failed to live up to those expectations. The film from director Christopher Nolan opened in U.S. theaters on Sept. 3 and grossed $20 million in its opening weekend. 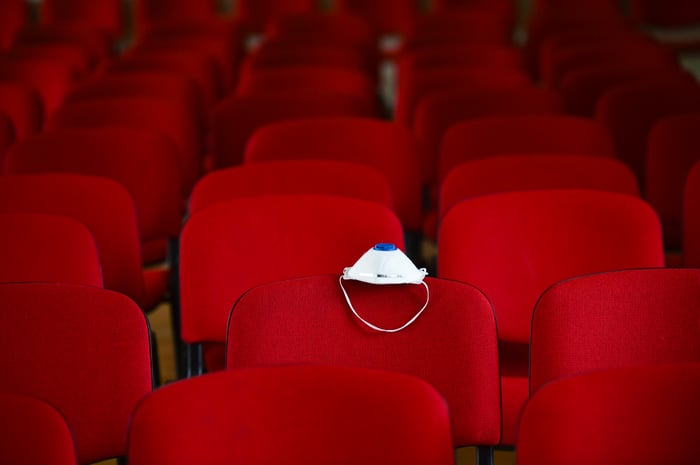 Outside of an agreement with Comcast's Universal Pictures division for profit sharing in exchange for a reduced theatrical exclusivity window before films are distributed digitally, there wasn't much in the way of good news for AMC last month. Considering the virus-related pressures at hand, the debut for Tenet wasn't terrible, but the film was not the reenergizing catalyst the theater industry was hoping for and highlighted the pressures at hand. Europe also experienced a surge in new coronavirus cases in September, signaling that the movie theater industry could be due for continued pressures from the pandemic.

AMC stock has lost additional ground early in October's trading. The theater company's share price has dipped roughly 1.3% in the month so far. 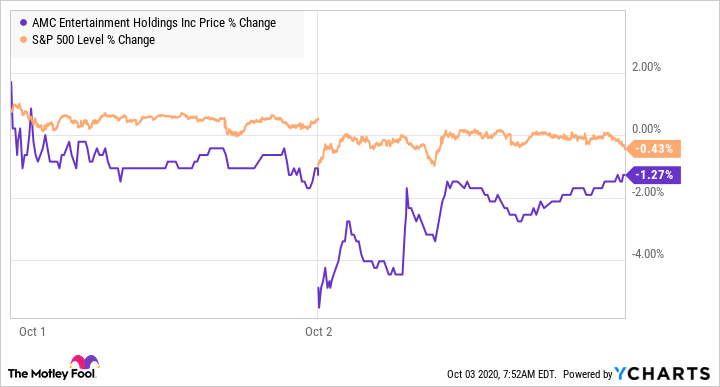 Theatrical chains are in a tough spot as social distancing and protective-wear initiatives related to the coronavirus pandemic have crushed the appeal of the theater experience and prompted movie companies to shift release dates for major releases or move debuts to digital-distribution platforms. AMC competitor Cineworld announced on Oct. 4 that it was considering closing all 543 Regal Cinemas venues in the U.S., the U.K., and Ireland after news that the release of James Bond film No Time to Die had been delayed to April 2021.

AMC has a heavy debt load, but its size has some analysts betting that the company will be better positioned to weather the current challenges than many of its peers. On the other hand, AMC is facing cash issues due to weak business performance.

AMC has a market capitalization of roughly $508 million and is valued at about 0.27 times this year's expected sales.