The Cupertino tech juggernaut is extending the free trial for Apple TV+ by a few months.

It's now been nearly a year since Apple (AAPL 2.44%) launched Apple TV+, the company's big splash into video streaming. In an effort to grow the subscriber base initially, Apple gave away a free year of the service bundled with qualifying hardware purchases -- a promotion that's still currently running. The move was widely considered an acknowledgement that Apple TV+ had a fairly weak value proposition compared to competing streaming services.

The Mac maker is now extending those trials. 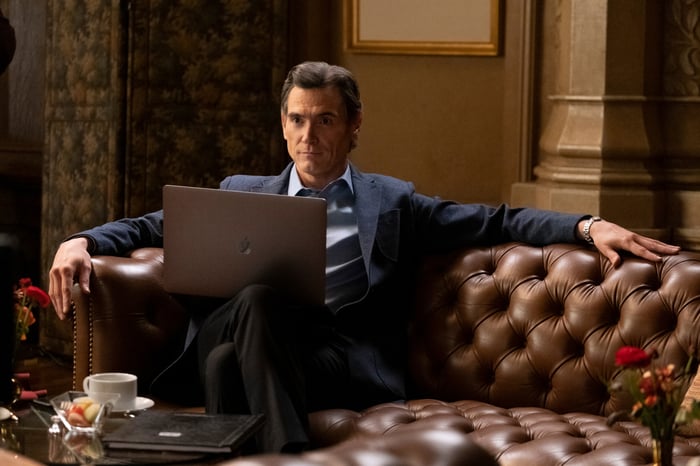 Billy Crudup won an Emmy for his role in The Morning Show. Image source: Apple.

CNBC reports that the Cupertino tech giant is going to extend the promotional trial by a few months until February. That includes any customers who started their one-year trial in November or December of 2019 or January of 2020. Additionally, subscribers who are paying $5 per month out of pocket (i.e., they haven't purchased qualifying hardware and signed up separately) will automatically receive monthly credits through February, according to the report.

As the anniversary of Apple TV+'s launch, Nov. 1 was going to be a key date for Apple. The real test was going to be how many people decided to renew their subscriptions and start paying for the service on a monthly or annual basis -- not that Apple would have necessarily disclosed the figures. The company has never formally said how many Apple TV+ subscribers it has, even though CEO Tim Cook has said that the company is "primarily measuring ourselves on the number of subscribers" to gauge the success (or lack thereof) of the service.

In extending the trial, Apple is essentially postponing that test, giving it more time to win over subscribers.

Apple was able to take home an Emmy this year for The Morning Show, with Billy Crudup winning for his portrayal of a powerful TV executive on the original drama show. That score somewhat validated Apple's initial strategy of focusing on quality over quantity, since Apple TV+ does not have licensed shows like other streaming services.

Meanwhile, the company is preparing to roll out Apple One, a bundle of first-party subscription services that includes various discounts. Apple TV+ is included in all tiers of that forthcoming bundle. Apple has been highlighting paid subscription growth as one of the key metrics for its services business, setting a goal earlier this year of hitting 600 million by the end of 2020.