Apple announced in June that it was beginning a two-year initiative to shift to internally designed chips, and the new M1-powered Mac computers could mark a transition that sends shockwaves through the semiconductor industry. Some analysts think that Apple's move could reignite intense competition in CPUs. 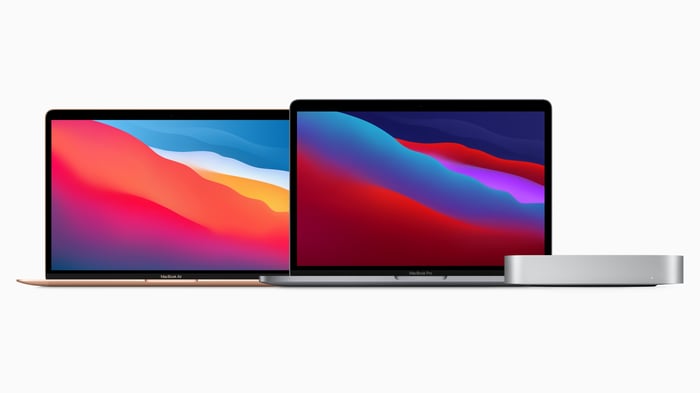 Apple has been using chips built on Intel's x86 architecture since 2006, but it's now pivoting to its own solutions based on ARM Holdings architecture. The M1 chips have been designed in-house at Apple and will likely be fabricated by Taiwan Semiconductor Manufacturing.

Apple's aggressive shift to proprietary chips for its Mac computers presents another challenge for Intel at a time when the semiconductor giant is facing setbacks on multiple fronts. Intel's seven-nanometer (7nm) chips were delayed to 2022, and Apple's jump to internally designed ARM processors could also help pave the way for a mobile-processing leader like Qualcomm to gain ground in PCs and laptops.

Intel's x86 architecture has been the standard for PCs and laptops, but Apple's moves could result in ARM architecture gaining greater software support and ultimately making greater gains in the category. ARM is set to be acquired by NVIDIA in a $40 billion deal.

The semiconductor space is going through some big shake-ups. 5G is driving surging demand and adding incentive for large players to make big acquisitions. It might also open the door for a huge shift in the CPU space.