Please ensure Javascript is enabled for purposes of website accessibility
Free Article Join Over 1 Million Premium Members And Get More In-Depth Stock Guidance and Research
By John Bromels, Scott Levine, and Lee Samaha - Dec 20, 2020 at 7:14AM

These under-the-radar winners may still have gas in the tank.

We're all aware by now that hot tech stocks like Zoom Video Communications and Tesla had a fantastic year in 2020 (up about 490% and 680%, respectively). But those are the outliers. There are a bunch of other stocks that aren't talked about as much that had good -- if not spectacular -- performances in 2020, and may have more gas left in the tank at this point than those high-flying tech stocks. 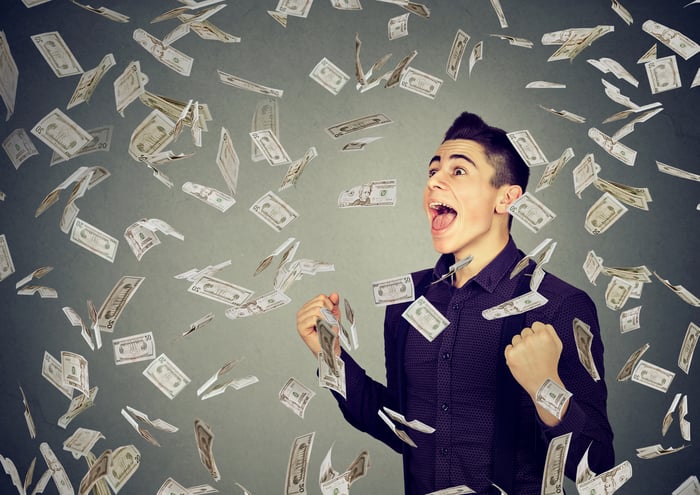 John Bromels (Darling Ingredients): If there's a stock that shouldn't have done well in 2020, it has to be animal protein and fat refiner Darling Ingredients. Two of the company's biggest businesses are refining grease and used fry oil from restaurants, and making biofuels for transportation. And in case you didn't notice, restaurants and vehicle transportation were both hit incredibly hard during the pandemic.

I guess somebody forgot to tell Darling, though, because the stock is just shy of a 100% gain in 2020, and may be a double by the time you're reading this.

Darling partly pulled off this feat through diversification. The fats and proteins Darling uses in its products come from many sources besides restaurants, so although its grease trap cleaning business may have suffered, it benefited from increased activity at some slaughterhouses. Similarly, Darling's end products are used in healthcare, nutrition, and agriculture, as well as transportation, and its healthcare and nutrition sales in particular helped it outperform during the year.

The other part of the equation for Darling is its major investment in biofuels alongside its refining partner Valero. Demand for biofuels is expected to grow rapidly through 2025, and Wall Street likes Darling's prospects in this industry. Although its current price-to-earnings ratio of 19 is higher than it's been all year, that's still on the lower end of the company's historical range. Darling looks poised to continue its outperformance in 2021.

Value is always in style

Lee Samaha (Altra Industrial Motion): Power transmission and motion control products might not be seen as the sexiest business for investors to think about investing in, but shareholders in Altra Industrial Motion won't care about that. At the time of writing, the stock is up 51% in 2020 alone.

In a previous article written at the start of year it was noted that Altra's valuation was so low as to be able to handle a downgrade to expectations. Of course, due to the COVID-19 pandemic that's exactly what happened to the company. As such sales are now expected to fall by 7% in 2020.

As such, Altra's revenue growth is set to expand at a mid-single digit rate in the next few years. Meanwhile, the company continues to generate prodigious amounts of free cash flow (FCF). In fact, Altra is expected to generate another $200 million of FCF in 2020, putting the company at just 18 times its FCF in 2020.

All told, Altra is still on track to generate $1 billion worth of FCF in five years -- equivalent to 28% of its market cap. An ongoing recovery in the industrial economy will help Altra in 2021 and the stock remains attractive for investors looking for an under-the-radar value investment.

Investors stay charged up about this fuel cell phenomenon

Scott Levine (Plug Power): Climbing 155% in 2019, Plug Power turned in one of the most successful renewable energy stock performances last year. But it pales in comparison to what the stock has done over the past 12 months. With the number of trading days left in 2020 dwindling down, Plug Power will likely end up -- again -- as one of the best renewable energy stock performances of the year. As of this writing, shares are up a whopping 870%.

Instead, shareholders chose to look more favorably on the company's big news announcements in 2020. In November, for example, management forecast the company will achieve 2021 gross billings of $450 million. For some context, Plug reported gross billings of $237 million in 2019 and expects to report $328 million in 2020. Moreover, shareholders warmed up to Plug over the summer. Besides stating that it would provide fuel cell solutions to a supermarket retailer's trucking fleet in the United Kingdom, Plug announced that it was developing a fuel cell solution for drone applications, and it intends to make its foray into the large-scale backup power market with its new GenSure HP (high power) platform.

Investors' appetite for Plug Power's stock in 2020 has been undeniable as the hype surrounding the burgeoning hydrogen economy has nearly reached a fever pitch. But those experienced in Plug Power's story know that meteoric rises have also been followed by steep downturns, so it wouldn't be surprising to see the stock tumble a bit in 2021. Though management is adept at selling customers on the attractiveness of fuel-cell solutions -- which is reflected by the company's consistently growing top line -- shareholders may lose patience in the coming year if the company fails to deliver bottom-line growth or generate positive operating cash flow.

Could Plug Power Stock Help You Become a Millionaire?