Please ensure Javascript is enabled for purposes of website accessibility
Log In Help Join The Motley Fool
Free Article Join Over 1 Million Premium Members And Get More In-Depth Stock Guidance and Research
By Rich Smith - Jan 3, 2021 at 7:07AM 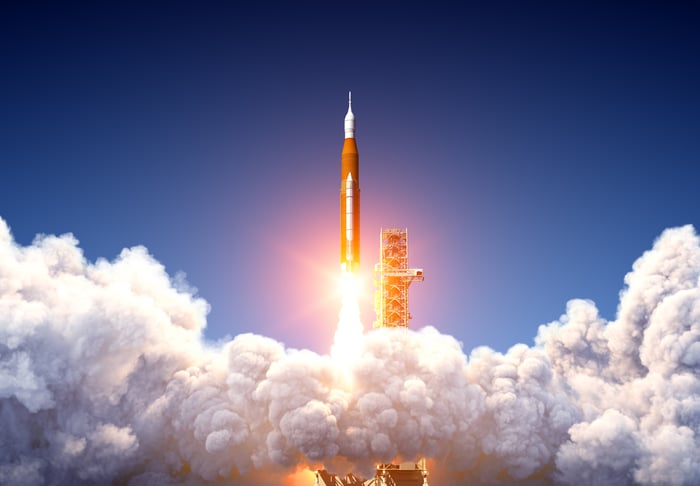 How will that happen? Late last year, Lockheed Martin announced plans to acquire and merge into its own space operations rival rocket company Aerojet Rocketdyne (AJRD -0.10%) in a $5 billion all-cash transaction. Assuming shareholders approve and regulators allow it, sometime in the second half of 2021 Lockheed Martin will either (a) pay Aerojet shareholders $56 for each share they currently hold, or (b) permit Aerojet to pay its shareholders a $5 special dividend in March, then pay the remaining $51 per share in cash to acquire the company later in the year.