Please ensure Javascript is enabled for purposes of website accessibility
Log In Help Join The Motley Fool
Free Article Join Over 1 Million Premium Members And Get More In-Depth Stock Guidance and Research
By John Rosevear - Updated Feb 2, 2021 at 10:09AM

The midsize pickup is popular all over the world, and Ford will soon make more of them.

Ford Motor Company (F 2.33%) said today that it will spend just over $1 billion to expand and upgrade a factory in South Africa, even as it scales back its operations in other parts of the world.

Ford's assembly plant in Silverton, near the South African capital of Pretoria, currently builds the Ranger pickup and a Ranger-based SUV called the Everest. The trucks built at Silverton, roughly 168,000 per year, are sold in South Africa and exported to about 100 markets around the world (but not the United States). 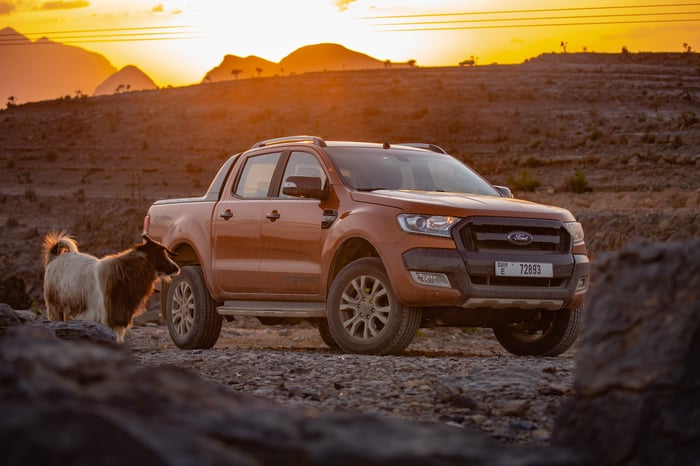 Ford Rangers built in South Africa are exported to markets around the world. Ford will spend $1 billion to expand and modernize its South African factory. Image source: Ford.

The move follows Ford's announcement that it is ending manufacturing in Brazil, closing three factories and leaving about 5,000 workers unemployed. The company has also made sharp cuts to staff in Europe and the United States as part of an ongoing $11 billion restructuring effort.

Ford said the Silverton investment will boost the factory's annual production capacity to 200,000 vehicles while preparing it to build an all-new Ranger and a Ranger-based pickup for Volkswagen (VWAGY 0.76%), both starting in 2022. The automaker plans to build a new stamping plant at the factory, to manufacture body panels on-site, and to upgrade the technology throughout the plant.

Ford agreed to build a VW-brand pickup truck as part of an expanded partnership with the German automaker announced last year.

The investment is expected to create about 1,200 jobs at the factory itself, and about 10,000 additional jobs in the local supply chain, Ford said.