The company is in the middle of an aggressive expansion strategy.

Shares of Castor Maritime (CTRM 4.89%) gained 61.2% in February, according to data provided by S&P Global Market Intelligence. The stock at one point in the month was up as much as 170% as investors bought into the company's potential to take advantage of growing demand for ship capacity.

Castor Maritime is a Cyprus-based shipping company that is focused on dry-bulk vessels. The company currently owns a fleet of six vessels, but the company is aggressively seeking to grow that total. Castor in February announced two deals, adding tanker capacity to its mix and doubling its fleet size. 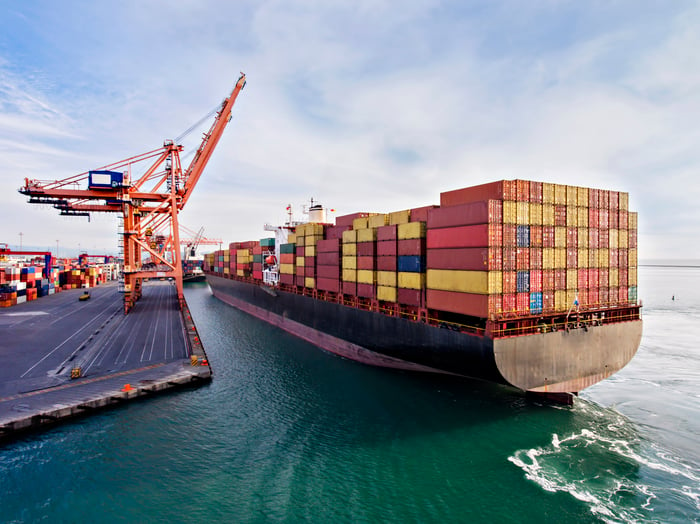 It's a good time to be expanding. The pandemic disrupted supply chains and left a lot of ships out of position to handle the normal flow of goods, which should mean higher prices for available capacity. Meanwhile, disruptions over the past year have left some operators scrambling for cash and creates opportunities to buy ships at reasonable prices.

Castor likely isn't done yet. CEO Petros Panagiotidis said in a Feb. 18 statement the company remains committed to its plan to grow its fleet, saying, "we are working diligently in identifying and taking advantage of attractive opportunities presented to us across vessel sizes and segments."

This is an interesting company in an attractive niche, but the market appears to have priced in the opportunity. In the last 90 days Castor has gone from trading at less than two times sales to 4.5 times sales. As those new ships join the fleet and start generating revenue that number should normalize some, but things don't tend to move quickly for transportation companies.

Even if Castor does keep the expansion campaign going, I'd be cautious buying into the shares given how far they have climbed already.