The tech giant has been unaffected by the chip shortage that has hamstrung its rivals.

With the iPhone 12 catapulted to the top of the 5G smartphone market within weeks of its launch, an analyst now says his channel checks show that the so-called "supercycle" continues unabated, and not even a chip shortage can slow it down. 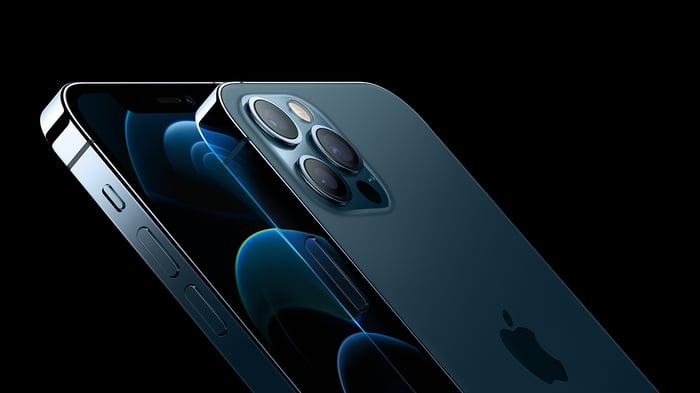 Wedbush analyst Daniel Ives told investors in a research note that after checking into Apple channels, he discovered builds for the current quarter continue at a blistering rate -- between 56 million and 62 million -- without any letup in demand. Even the June quarter could see them in the mid 40 million range.

He says this is the greatest demand trajectory in years, possibly going as far back as 2014 when the iPhone 6 was released. As a result, Ives is keeping his outperform rating on the stock and a $175 per share price target. Factoring in Friday's closing price at a penny under $120, this would mean Apple has 46% upside still possible.

There might be good reason for such bullishness. Samsung Securities analyst MS Hwang told Bloomberg last week the tight supply of semiconductor chips "is affecting everybody except Apple."

Apple has been largely immune from the shortage because it designs its own chips and has them manufactured by Taiwan Semiconductor Manufacturing (TSM 0.63%). Android phones, however, are all competing for chips from the same suppliers, such as Qualcomm (QCOM 0.79%) and Samsung, and the latter's Texas plant has been down since last month's power outages, potentially causing a 5% drop in global smartphone supply.

Samsung is even considering skipping an update to its best-selling Galaxy Note this year because Qualcomm can't keep up with the unrelenting demand for smartphones that use its Snapdragon chips.