Please ensure Javascript is enabled for purposes of website accessibility
Log In Help Join The Motley Fool
Free Article Join Over 1 Million Premium Members And Get More In-Depth Stock Guidance and Research
By Lou Whiteman - Updated Mar 23, 2021 at 10:10AM

The offering would value the discounter at about $4.5 billion.

The parent of discounter Frontier Airlines hopes to raise about $630 million in an initial public offering that would value the company at about $4.5 billion.

Frontier filed its initial paperwork to go public earlier this month, with plans to trade on the Nasdaq under the ticker FRNT. If the company follows through, it would be the second airline IPO of 2021, following an offering by Sun Country Airlines Holdings (SNCY 4.89%). Prior to Sun Country, there had been no U.S. airline IPOs since 2018. 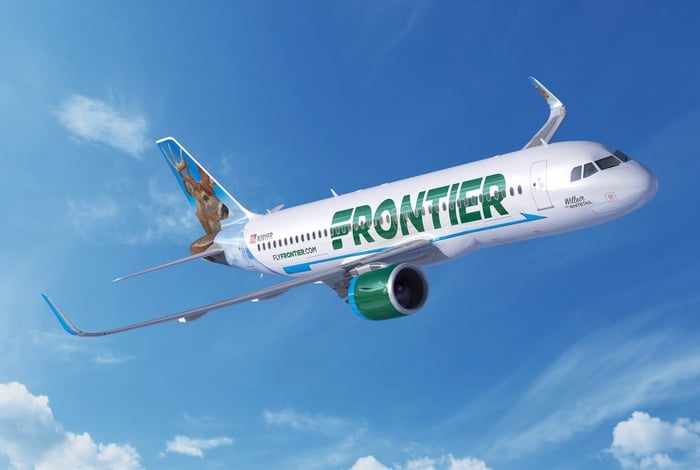 On Tuesday, Frontier updated its filing, saying it plans to sell 30 million shares priced between $19 and $21. Half the shares are to be sold by the airline, while the other half are currently owned by existing shareholders.

Frontier was a public company before, but was acquired out of bankruptcy by Republic Airways Holdings in 2008. Republic eventually sold it to Indigo Partners, a private equity firm with extensive airline experience including a former investment in Spirit Airlines (SAVE 3.60%).

Post-offering, Indigo would own about 85.15% of Frontier's outstanding stock, giving it control of the company.

Airlines were hit hard in 2020 by the pandemic, with Frontier reporting a loss of $225 million for the year on revenue of $1.25 billion. But the sector has bounced back in 2021 on optimism that the vaccine rollout will lead to a busy summer travel season.

A consumer-driven recovery would likely favor discounters like Frontier, which is set up to cater to leisure travel.