Please ensure Javascript is enabled for purposes of website accessibility
Log In Help Join The Motley Fool
Free Article Join Over 1 Million Premium Members And Get More In-Depth Stock Guidance and Research
By David Jagielski - Apr 8, 2021 at 6:30AM

And they are both on sale!

Are you worried that the pandemic might not end for a while? Regardless of your outlook, the stocks listed here have performed well amid the pandemic, and will probably continue to be good buys long after it ends.

Both SmileDirectClub (SDC 2.82%) and recently listed Petco Health and Wellness (WOOF 2.81%) are businesses that have proven their resilience during a tough year. Although they have been underperforming the S&P 500 over the past 12 months, these stocks are great buys right now, as they have some exciting long-term growth opportunities ahead. 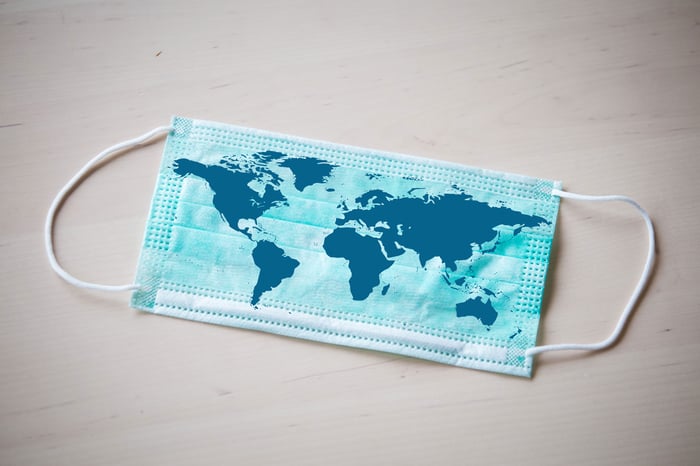 SmileDirectClub's flexible online business makes it well-suited to meet the needs of consumers who are stuck at home. Rather than physically visiting the dentist to get fitted for aligners, you can simply use an impression kit at home to start mapping a treatment plan for your teeth. And if offices are open, you can go to the company's SmileShops to do an in-person scan. Either way, SmileDirectClub can continue serving customers regardless of whether stay-at-home orders are in place.

Last year, the company's sales of $656.8 million declined more than 12% from its prior-year total of $750.4 million. But its net loss of $78.4 million was also 32% smaller as the company was able to bring down its selling, general, and administrative costs by more than 40%. For the fourth quarter ending Dec. 31, 2020, the company did see progress on its top line with sales of $184.6 million rising 10% from the previous period. And for the next quarter, the healthcare company anticipates that sales growth will be around 5% to 7%. Although SmileDirectClub's bottom line isn't great right now, with strong gross margins at around 70%, a lot of that additional revenue will trickle through and help cover its operating expenses, eventually creating a path to long-term profitability.

In March, the company announced that it would be expanding into Mexico for what it sees as another great growth opportunity. According to SmileDirectClub's own research, 80% of people in Mexico would benefit from affordable teeth-straightening products. The company is already in many parts of the world, including the U.S, Canada, Australia, the United Kingdom, and others.

Year to date, SmileDirectClub's stock is down more than 14% (while the S&P 500 is up 8%). And at a price-to-sales (P/S) multiple of less than six, it looks like a bargain compared to telehealth giant Teladoc Health, which trades at 15 times its revenue.

Petco went public earlier this year, and there hasn't been much enthusiasm surrounding the stock -- it's down more than 25% since it began trading in January. However, for long-term investors, its dive could be a great opportunity to invest in an undervalued stock.

Before the pandemic, it would have been easy to overlook an investment like this. But now, Petco looks more like a growth stock, as people have been buying pets and spending more money on them while in search of extra companionship at home. In 2020, the American Pet Products Association (APPA) said the industry broke a record with $103.6 billion in sales, the first time it has gotten over the $100-billion mark. That's 8.3% better than a record-breaking year in 2019, when sales totaled $95.7 billion.

And the APPA says it is still expecting growth ahead. It forecasts a 5.8% increase for 2021, up from the 3% to 4% it has averaged in the past. Unlike typical consumer products with limited shelf lives, consumers will have to care for pets for several years. For a business like Petco that sells pet supplies and offers veterinary services, that can result in lots of recurring revenue.

When it released its fourth-quarter results on March 18, the company reported net sales of $1.3 billion for the period ending Jan. 31, which grew 16% year over year. For all of 2020, its top line increased by 11% to $4.9 billion, and this year Petco anticipates sales of up to $5.35 billion. Although it incurred a loss of $31.7 million, that represented less than 1% of revenue.

On a cash basis, the business looks strong. Last year its free cash flow totaled $109.1 million, which was a big improvement from the negative free cash of $46.6 million that Petco reported a year ago.

Cash is ultimately what a business needs to keep growing and expanding, and that's why investors shouldn't be too concerned with the company's negative accounting income. If Petco can continue cashing on from a rise in pet care, its shares could prove to be a steal of a deal. With a market cap of just $6.5 billion, the stock is trading at an ultra-cheap P/S multiple of just around 1. That's a lot lower than even the average stock on the SPDR S&P 500 ETF Trust, which trades at almost three times its revenue.