Please ensure Javascript is enabled for purposes of website accessibility
Log In Help Join The Motley Fool
Free Article Join Over 1 Million Premium Members And Get More In-Depth Stock Guidance and Research
By Rich Smith - May 10, 2021 at 12:58PM

Investors are wondering when Virgin Galactic will launch its SpaceShipTwo.

Shares of space tourism company Virgin Galactic (SPCE -4.82%) declined 5.7% through 11:25 a.m. EDT Monday as the self-imposed May deadline for the company's next test flight of a SpaceShipTwo spaceplane continues to creep closer -- with no news yet of a precise launch date.

Virgin Galactic canceled its planned February spaceflight in February, postponing the resumption of flight testing until May, with little explanation for the delay. Now May has arrived.

Over the past couple weeks, Virgin has conducted two apparently successful test flights of its VMS Eve mothership (the aircraft that carries SpaceShipTwo to altitude before releasing it to blast into space) in preparation for the main event. The last such flight took place nearly a week ago, however, but Virgin still has not stated when it plans to send up SpaceShipTwo. 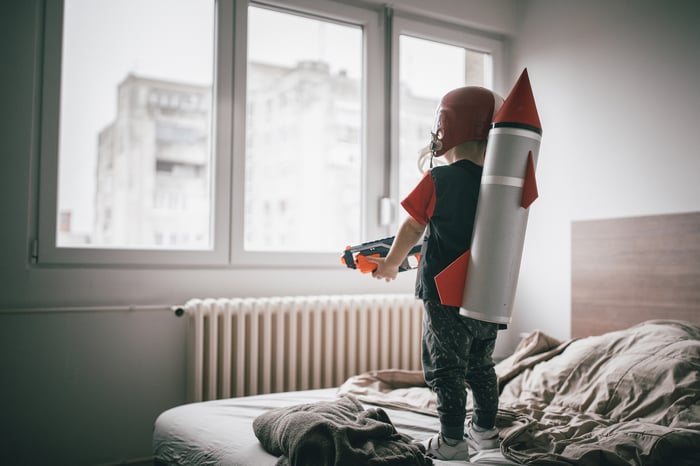 With the month of May now one-third over, I wouldn't say time is running short, exactly, for Virgin Galactic to keep its promise to resume space test flights. But the absence of an update on the company's timeline is at least a little concerning.

And now it's Virgin Galactic that has to play catch-up -- and that's probably not what its investors were hoping for when they bought into its IPO two years ago.