Please ensure Javascript is enabled for purposes of website accessibility
Log In Help Join The Motley Fool
Free Article Join Over 1 Million Premium Members And Get More In-Depth Stock Guidance and Research
By Rich Smith - May 18, 2021 at 4:42PM

The market is dipping into the red again Tuesday, but one specific part of the market, fuel cell stocks, is bucking the trend and going higher. 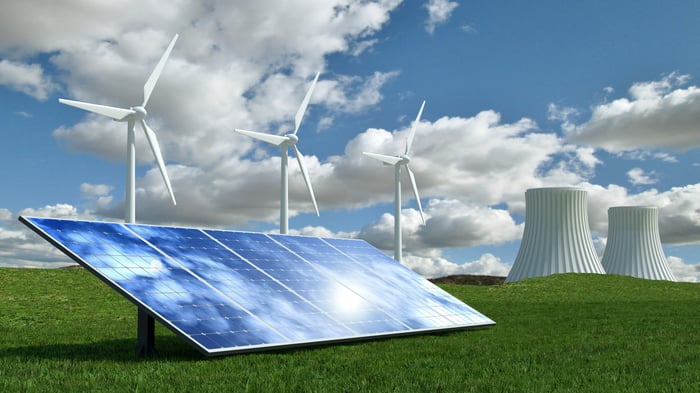 Curiously, it is Bloom -- the company with the most modest gains today -- that's got the most substantive news to report. In a press release this morning, Bloom announced that it's partnering with the U.S. Department of Energy's Idaho National Laboratory (INL) "to independently test the use of nuclear energy to create clean hydrogen through Bloom Energy's solid oxide, high-temperature electrolyzer."

Nuclear plants, you see, can run all day -- even when the electricity grid is amply supplied from other sources and may not necessarily need all the electricity a nuclear plant can produce. To see of it's possible to prevent that excess electricity from going to waste, therefore, INL will work with Bloom to use the excess power for electrolysis, splitting off hydrogen atoms from water to form hydrogen gas that can be stored for later use, then passed through Bloom's fuel cells to generate electricity at a later date.

INL Hydrogen and Thermal Systems Group lead Tyler Westover mentioned in the company's press release that a successful experiment has the potential to expand "markets for nuclear power plants by allowing them to switch between sending power to the electrical grid and producing clean hydrogen for transportation and industry energy sectors."

Energy investors are already aware of the arguments in favor of nuclear power: It's cleaner than fossil fuels, and often cheaper. Like renewable energy from wind and solar, it doesn't produce greenhouse gases -- and nuclear reactors are more compact, taking up less space than a wind or solar farm. Your average nuclear power plant can't be fit in the trunk of a family sedan, of course, but if it becomes possible to harness the electricity from a nuclear plant, "convert" it to hydrogen, and then use that hydrogen to power a fuel cell vehicle, well, that just might make nuclear power an even more attractive proposition than it already is.

In this way, good news from Bloom could actually be the reason why the stocks of companies that make fuel cells for vehicles, like Plug and Nikola, are going up today.