Please ensure Javascript is enabled for purposes of website accessibility
Log In Help Join The Motley Fool
Free Article Join Over 1 Million Premium Members And Get More In-Depth Stock Guidance and Research
By Billy Duberstein - May 31, 2021 at 6:30AM

Getting in on a stock that goes up tenfold or a hundredfold can change one's life. However, you can't depend on a Reddit-fueled short squeeze to get you there in just a matter of months, no matter what AMC Entertainment shareholders tell you.

No, 100-baggers usually take years or decades, and they usually come from smaller companies with competitive advantages, a long runway for growth, and an able management team that knows how to allocate capital and take advantage of opportunities. In that light, those looking for the next small-cap stock to make it big may want to check out Kulicke & Soffa (KLIC 2.43%), LendingClub (LC -0.53%), and Arclight Transition (ACTC). 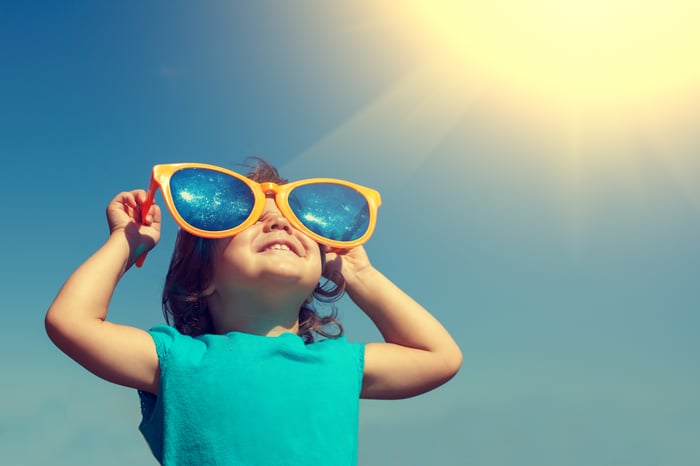 These three small-caps are leaders in their industries. Image source: Getty Images.

It's pretty well known that we are currently in a semiconductor shortage, which is benefiting semiconductor equipment stocks such as Kulicke & Soffa. The company is a leader in back-end assembly and testing equipment, especially wire bonding machines, which help connect processors, memory, and other types of chips together in various architectures on a printed circuit board.

While it's traditionally a cyclical stock, powerful secular trends and an internal transformation at K&S specifically, could propel this $3 billion market-cap stock on to much bigger things.

First, semiconductor chips are beginning to run up against the laws of physics. The leading foundries today are already at work on 3-nanometer (nm) chips, a metric that signifies the distance between transistors. The lower the nanometer, the more densely packed and powerful a chip is. It's hard to see how chips will scale further once they get to 2nm then 1nm. Yet the demands of computing are only accelerating, given the computer-intensive applications in 5G, artificial intelligence, and the Internet of Things.

To improve speed, power, and efficiency of semiconductor systems, the industry will probably have to contemplate new ways of packaging chips closer together, along with more complex architectures, to continue scaling. That should help increase the capital intensity on the back end and therefore increase demands on K&S's various bonding technologies as a percentage of industry revenue. That should enable K&S to break out of its historical revenue range.

In addition, CEO Fusen Chen, who took over in 2016, smartly got Kulicke & Soffa into the micro- and mini-LED equipment market. Mini-LED is an improved display technology that results in much brighter screens and better color contrasts than traditional LCD screens. Mini-LED is gaining a foothold in the latest television screens, and even the new iPad Pro. For its part, Kulicke & Soffa expects the mini-LED market to grow at a 200% rate through 2025. The mini-LED market could add an entire new line of business for this well-run industry leader.

Despite all these positives, K&S trades at a value stock multiple of just 11 times this year's earnings estimates, despite having lots of extra cash on the balance sheet. More growth, share repurchases, and a market rerating could drive a lot of upside into this under-the-radar tech stock.

Originally pitched as a peer-to-peer lending platform, which promised retail investors high returns while providing unsecured loans at lower rates than credit cards, LendingClub ran into trouble in 2016. Back then, prior management was found to be in violation of internal underwriting policies, as charge-offs also increased that year. Not a great combination.

Yet over the past five years, new CEO Scott Sanborn has tightened underwriting and transformed LendingClub into more of an institutional prime lending platform for banks, professional money managers, insurance companies, and other institutions that are less fickle than yield-seeking retail investors. Cost cuts and efficiency have now made LendingClub, which is still the nation's No. 1 unsecured personal loan provider, a much more resilient company.

This year, LendingClub made its next big move, acquiring Radius bank of Boston, creating the first hybrid marketplace bank. This could be a big deal, as becoming a bank will lower LendingClub's interest expense due to low-cost deposits, will decrease compliance costs, and also allow the company to retain a greater portion (15%-25%) of its consumer loans on its own balance sheet, leading to a higher share of profits.

Though still a small-cap stock, as the largest provider of personal loans, LendingClub has a treasure trove of data as well as a loyal repeat customer base. These advantages, plus its newfound lower cost structure, could allow the company to scale rapidly into a much bigger bank one day, with the potential to reach large-cap status. Of note, ARK's Cathie Wood even bought into LendingClub stock recently in her fintech ETF.

Finally, Arclight Clean Transition is a special-purpose acquisition company (SPAC) that is closing in on its acquisition of electric-bus manufacturer Proterra. Proterra is a very intriguing play on the electrification trend that should only accelerate over the next decade. Proterra has three main product lines: electric buses, electric powertrains for third-party OEMs, and charging stations.

Unlike many other SPACs, Proterra will generate significant revenues this year, and management has projected $246 million in 2021 revenue, with the potential to grow tenfold over just the next five years. Proterra is the No. 1 electric-bus manufacturer in North America, with over 50% market share. Yet the electrification of the buses and commercial vehicles is still in its early stages. Combined with its charging products, management estimates a massive $260 billion total addressable market by 2030.

Though well off its highs, Arclight's stock is still well above its $10 SPAC price at around $18.15 per share, or around a $4.35 billion market cap. However, with about $800 million in cash after the SPAC and PIPE (private investment in public equity) investments, its enterprise value is only around $3.5 billion.

As a leader in electric commercial vehicles but still a relatively young company, Arclight, soon to be Proterra, could become a large-cap stock in the next decade as the electric-vehicle revolution takes hold.

Billy Duberstein owns shares of Kulicke & Soffa Industries and LendingClub and has the following options: short December 2021 $36 puts on Kulicke & Soffa Industries, short January 2021 $3 puts on AMC Entertainment Holdings, short June 2021 $10 puts on LendingClub, short June 2021 $11 puts on LendingClub. His clients may own shares of the companies mentioned. The Motley Fool has no position in any of the stocks mentioned. The Motley Fool has a disclosure policy.

1 Small-Cap Stock With a $260 Billion Opportunity