Please ensure Javascript is enabled for purposes of website accessibility
Log In Help Join The Motley Fool
Free Article Join Over 1 Million Premium Members And Get More In-Depth Stock Guidance and Research
By Keith Noonan - Jun 7, 2021 at 7:45AM

Growth investors could score big wins with these two stocks.

Technology-focused investors have faced a roller coaster of volatility across 2021's trading. Valuations in the sector generally peaked in February and then slid as investors pivoted toward value-oriented reopening plays, and more twists and turns could be on the horizon.

Despite recent volatility, the tech sector remains one of the best starting points for investors seeking big gains, and some players in the space are trading at big discounts relative to their potential. Read on for a look at two stocks that have what it takes to deliver huge returns over the long term. 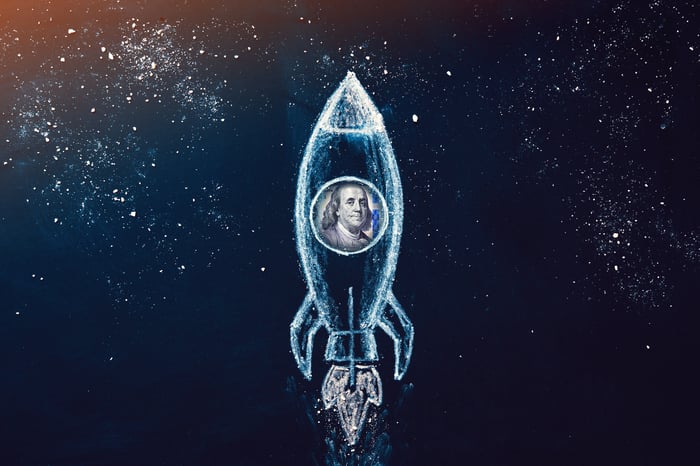 The company's share price is up roughly 1,820% since its initial public offering in 2016 despite a substantial drawdown in recent months. The stock has fallen roughly 40% from the lifetime high that it hit last December due to changes that Alphabet is making to data tracking through its Chrome web browser, but the company's valuation could bounce back and go on to reach new heights. With a market capitalization of roughly $28 billion and a leading position in its corner of the fast-growing programmatic advertising market, The Trade Desk still has room to run.

The company managed to grow its annual revenue by 27% last year despite a challenging industry backdrop, and there's a good chance it can continue to adapt to the advertising landscape and deliver solutions that offer customers superior returns on campaign spending. Revenue climbed 37% in the company's recently reported first quarter, and management's midpoint sales guidance calls for growth of roughly 87% in the current period.

Earnings performance may prove to be a bit uneven in the near term, as shifts in the overall digital advertising space and spending on growth initiatives could eat into profitability. But, the company's long-term growth outlook continues to look quite appealing. Advertising spending that is currently focused on cable television and print media will continue to migrate to the digital space due to the advantages offered by advanced targeting, and The Trade Desk looks poised to deliver more big wins for patient investors.

Backing top companies in the video game space looks like a smart move for growth investors, and Zynga (ZNGA) looks like one of the best buys in the category. The once-struggling video game publisher has reinvented itself through strategic shifts and a big acquisitions push, and it now stands as the U.S.'s leading mobile games publisher by revenue.

The company has a variety of bankable video game franchises and development studios to rely on, and it's shown an impressive ability to prolong the life cycles of its hit games. Games that can attract a large audience and keep players engaged through regular content updates can be enormously profitable, and Zynga appears to have a successful formula for keeping players entertained and spending on in-game purchases.

Franchises including Zynga Poker and Words With Friends are both more than a decade old and still posting solid sales, and the company stands a good chance of sustaining its current software lineup. It will also have opportunities to launch new hit titles and continue to bring promising development studios into the fold through acquisitions.

Adding to the company's growth potential, Zynga looks well-positioned to take advantage of the growth of augmented reality. Using mobile devices and smart glasses, developers are able to overlay visuals into real-world settings. Nintendo's enormously successful Pokemon Go was the first blockbuster foray into this emerging technology category, but more big hits are likely on the way. AR could turn into a "next big thing" shift in technology, and Zynga's leading position in mobile games makes it a likely candidate to score wins in the emerging medium.

With the company valued at roughly $11.8 billion and trading at approximately 27 times this year's expected earnings, Zynga still has a long runway for growth and could deliver big gains for patient investors.