Please ensure Javascript is enabled for purposes of website accessibility
Log In Help Join The Motley Fool
Free Article Join Over 1 Million Premium Members And Get More In-Depth Stock Guidance and Research
By Rich Duprey - Jun 7, 2021 at 8:07AM

Results have been better than ever, which should greatly worry investors.

The retail industry is looking good as many companies hope the pandemic is making its way into the rearview mirror. Store visits are up, comparable sales are soaring, and many companies are reporting record earnings.

Data from Refinitiv indicates that 87% of companies in the S&P 500 reporting earnings so far have beat analyst forecasts, and they're not just beating those estimates but trouncing them.

Over the past quarter-century or so, companies have beaten analyst expectations by about 3.6% on average, but this earnings season, companies are burying forecasts by 22.8% on average. Business is back, baby! 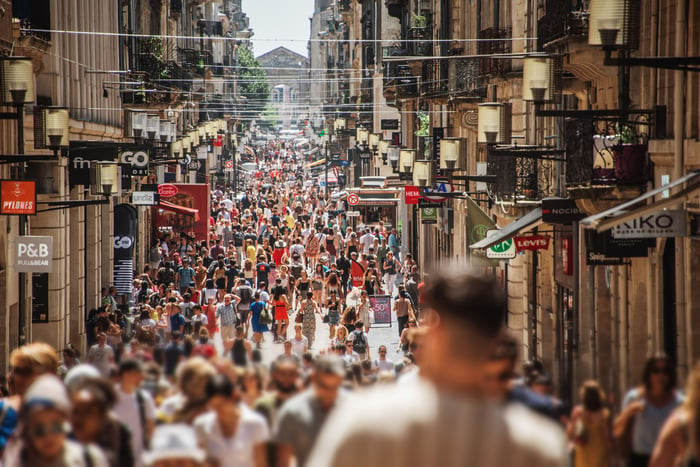 Companies large and small are putting up big numbers. While you'd expect tech giants like Apple, Amazon, and Tesla to see record results, more mundane companies are doing so too:

Many, if not most, of those turning in outsized results are also raising their full-year forecasts to account for the tsunami of spending consumers have lavished on them.

While the free-for-all spending has sent the Dow Jones Industrial Average and S&P 500 up over 12% year to date, investors may want to step back a moment as this latest round of earnings is not as good as it seems.

Clearly, the large numbers are the result of an economy coming out of the pandemic. Going up against figures from a year-ago period when many businesses were forced to shut down or when customer traffic was severely limited, it makes sense the latest results appear fantastic.

And that's just it. What investors are seeing right now is a short-term fantasy that is unlikely to be maintained. Here are three reasons why investors should watch out:

Stimulus-aided spending: Congress bolstered the market with trillions of dollars in stimulus spending. What companies are reporting now is the influx of the third and likely final $1.9 trillion stimulus package.

Revenge shopping: Right alongside the stimulus is what some have called "revenge shopping," or the result of pent-up demand from consumers who were forced to stay home now being allowed to go out and shop.

Wall Street is bad at its job: As the pandemic hit, companies stopped providing guidance, because the future was just far too uncertain to know how their businesses would fare. What we're seeing now is what happens when analysts fly blind without management to guide their sales and profits estimates, and they've been wildly off base.

The massive earnings beats we've witnessed are just the byproduct of Wall Street not being any better at predicting how Main Street will do than throwing darts at a board.

What this means for investors is that they should be very wary about what comes next. The first phase of stepping over the low bar of easy year-over-year comparisons has been achieved. Businesses now have the harder task of beating, or at least matching, steadily rising comps as the year progresses. Management teams need to prove they can keep the momentum going.

Consumers also don't have the windfall of stimulus checks to spend going forward. While they're heading back to work in person again and many companies are raising their minimum starting pay as the labor market is strained, it will be tough to match the big leaps in spending we just saw.

Retailers are also offering guidance again, which will help analysts with their results forecasting. Those massive earnings beats will be much less dramatic, if they're able to beat at all.

The retail industry wasn't all that healthy before the pandemic, and shopper habits changed, perhaps forever, during the outbreak. Some stores may not recover from the switch to great amounts of online shopping and more of it occurring in discount channels.

That means retailers, especially full-price stores, will be under pressure to produce. In-line or even lower results will lead to disappointment, making for a very dicey market in which to invest.