Please ensure Javascript is enabled for purposes of website accessibility
Log In Help Join The Motley Fool
Free Article Join Over 1 Million Premium Members And Get More In-Depth Stock Guidance and Research
By Rich Smith - Jun 21, 2021 at 7:07AM

How much does it cost to send a spaceship to another planet? The answer depends on what planet you want to visit, and who you want to build your rocket.

Announced earlier this month as part of its Discovery Program, NASA plans to spend "approximately $500 million per mission for development" of: 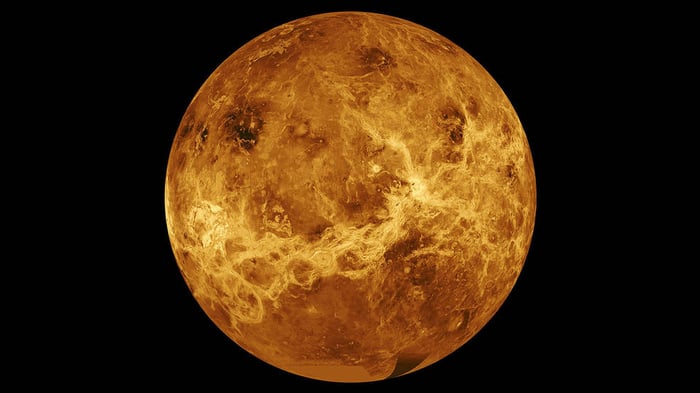 And $500 million is just the development cost. There will be additional outlays to buy the rockets that lift the spaceships to their targets. By the time NASA has ordered its rockets from SpaceX, or Boeing (BA 1.26%), or Lockheed Martin (LMT 1.26%), you can expect the total cost of these two visits to Venus to rise well past $1 billion.

But what if you could visit another planet for a much cheaper price tag?

Rocket Lab says you can

In fact, you can -- if you buy your ticket from Rocket Lab, the SPAC IPO that will soon be brought public by Vector Acquisition Corporation (VACQ).

Earlier this week, Rocket Lab announced that the University of California, Berkeley Space Sciences Laboratory (UCBSSL) has hired it "to design two photon spacecraft for a scientific mission to Mars" in 2024 under the auspices of NASA's Small Innovative Missions for Planetary Exploration (SIMPLEx) program.

Dubbed the "Escape and Plasma Acceleration and Dynamics Explorers (ESCAPADE) mission," UCBSSL will send two tiny Rocket Lab-built photons to Mars to study "how the solar wind strips atmosphere away from Mars to better understand how its climate has changed over time."

And as fascinating as all that sounds, here's the best part for taxpayers: "Planetary science missions have traditionally costed [sic] hundreds of millions of dollars and taken up to a decade to come to fruition," said Rocket Lab CEO Peter Beck. But with Photon, Rocket Lab intends to "demonstrate a more cost-effective approach to planetary exploration."

What it means for Rocket Lab stock

Precisely how "cost effective" will this mission be? Rocket Lab isn't saying, and neither is UC Berkeley or NASA either, for that matter. (Presumably, NASA is reserving judgment until ESCAPADE passes its final "confirmation review" in July and gets the go-ahead to proceed to "implementation and flight").

But here's what we do know:

In an interview with CNBC, Beck suggested that interplanetary missions that used to cost billions of dollars could instead be done "with a smaller spacecraft" costing "some 10s of millions of dollars." Indeed, when discussing his company's upcoming privately funded mission to Venus, the CEO suggested that a total mission cost of "$10 million-$20 million" wasn't out of the question. For that matter, the company's NASA mission to send a CubeSat to the moon later this year is reported to be costing the space agency only $9.95 million, all-inclusive -- that's satellite, photon spaceship, and electron rocket combined!

At prices like those, you can expect Rocket Lab to be winning a lot more business from NASA over the coming years, helping the company approach its goal of $656 million in annual revenue by 2027. The even bigger question for investors, though, is this:

Will Rocket Lab's gains (in space market share) from selling space missions at cut-rate prices come at the expense of shrinking space revenues for builders of bigger spaceships and rockets -- companies like SpaceX, Boeing, and Lockheed Martin? Because if that's the way things are trending, then the time may be right for investors to start shifting their bets away from the "dinosaurs" of space, and toward upstarts like Rocket Lab instead.

If Rocket Lab stock "goes to the moon" (or Mars, or Venus), you won't want to be left behind.