Please ensure Javascript is enabled for purposes of website accessibility
Log In Help Join The Motley Fool
Free Article Join Over 1 Million Premium Members And Get More In-Depth Stock Guidance and Research
By Billy Duberstein - Jun 28, 2021 at 9:15AM

New SPACs, IPOs, and direct listings have generally struggled over the past four months, but Wall Street sees brighter days ahead for these three new-to-the-market companies.

The growth-obsessed stock market switched gears over the past few months and began gravitating more toward value stocks and cyclicals. The economic reopening and prospect of higher interest rates have made investors more bullish on economic growth, and therefore, more traditional stocks in financials, energy, and industrials that are tied to the broader economy. 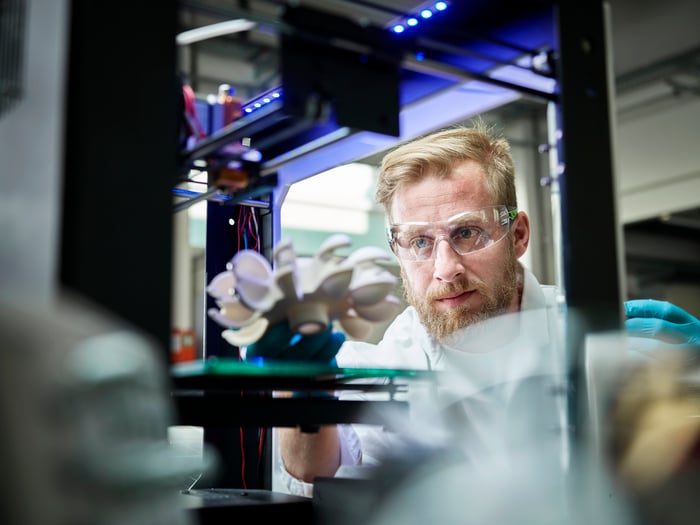 After much hype about a decade ago, 3D printing fell out of favor among most investors. Much of the original enthusiasm -- mainly centered around 3D printers replacing traditional manufacturing -- fizzled out, as 3D printing technology couldn't keep up with the volume and precision requirements of end-use manufacturing. The technology has therefore been relegated to prototyping and tooling thus far -- a much smaller market.

However, Desktop Metal, which just merged with its parent SPAC in December, believes it has cracked the code on end-use parts for metals, and that its recent acquisition of Envision has given it a similar technology capability in the polymer space. Desktop Metal's new machines promise up to 100 times the throughput of traditional printers, thus enabling cost-effectiveness versus traditional manufacturing up to about 100,000 units. By 2030, Desktop Metal believes its printers will be cost effective against traditional manufacturing in production runs up to 1 million units.

Keep in mind, investors will need to take management's word for it, as many of Desktop's solutions are just hitting the market now. Its breakthrough P-50 metal printer won't even be shipping until the second half of the year, so it will take a while for these new solutions to be adopted by end-use manufacturers and prove their worth. Last quarter the company only brought in $11.3 million in revenue, and Desktop Metal's market cap is a whopping $3.2 billion.

Still, that $11.3 million grew 35% just over the prior quarter, so the business is seeing momentum, and if the company and industry can really deliver on those rosy projections, there could be massive upside. The average of five analysts' price targets is $17, about 35% higher than current levels. 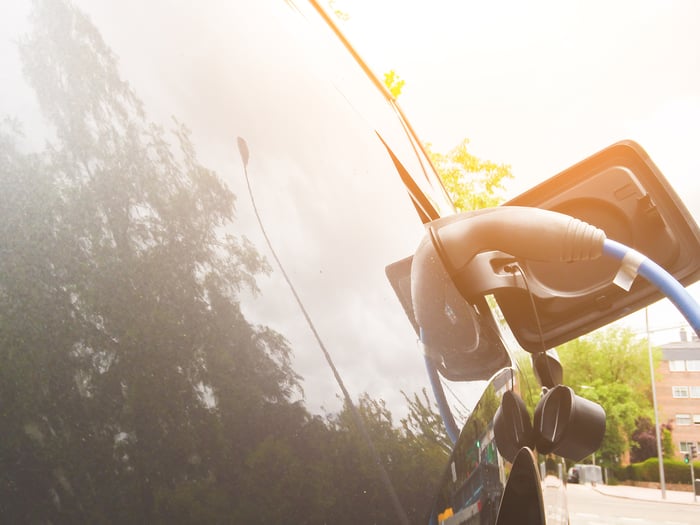 Analysts are also more optimistic than the market on Romeo Power, an electric battery pack manufacturer for heavy-duty trucks that also merged with its SPAC in December. Romeo skyrocketed as high as $38.90 shortly after its merger before crashing down to under $9 per share as of this writing.

The culprit is likely twofold. First, it has to do with the aforementioned rotation away from immature growth companies to more cyclical stocks. Second, Romeo makes battery packs and thermal management systems with third-party cells, and those crucial components are in a severe shortage this year.

However, investors aren't buying Romeo Power for this year's financial results, but rather the future. The company is flush with $287 million in cash from its SPAC, so Romeo doesn't have to worry about limiting its investments in research and development or capital expenditures in the near term. Meanwhile, Romeo inked a consequential long-term deal with Paccar (PCAR 0.91%) in the first quarter. This is hugely important because Paccar alone has about 30% of the U.S. and Canadian Class 8 trucking market, 16.3% market share in Europe, and 5.7% share in Brazil.

This is a long-term supply agreement, and it doesn't actually qualify as official "backlog" for Romeo. But Romeo also has $555 million in additional backlog from other customers as of last quarter. So while Romeo only forecasts $18 million to $40 million in revenue as of this year, down markedly from initial projections because of the cell shortage, none of these long-term agreements have been called into question. Taken together, these backlog and supply agreements represent big numbers for Romeo, which trades at just a $1.15 billion market cap today.

Romeo's own presentations and Paccar's commitment indicate Romeo has some of the best battery packs in the industry. With the trucking industry's emphasis on range, gravimetric density, and safety, Romeo should benefit as the fleet electrification trend kicks in over this decade. Analysts still believe in the story, with an average price target of $12, about 38% above current levels. 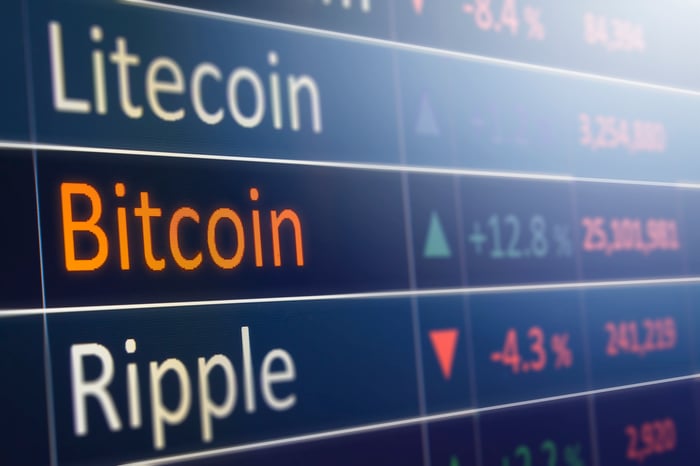 Finally, the recent plunge in Bitcoin (BTC -0.12%) prices has caused a similar plunge in the stock of Coinbase, a leading crypto exchange that went public via direct listing back in April. Although the stock traded as high as $429 the day shares hit the market, Coinbase's stock has come down hard to about $224.50 as of this writing.

This is all in spite of Coinbase posting out-of-this-world results in the first quarter, when crypto prices were booming, companies began adopting cryptocurrency as part of their treasury strategies, and the largest U.S. banks began offering Bitcoin services to their wealthy clients. Revenue skyrocketed 792% and net income grew 2,310% to $771 million.

Yes, those figures are bound to come down in the near term, since the price of bitcoin and Ethereum (ETH -1.18%), which together made up 76% of Coinbase's assets last quarter, have basically halved in value in just the past few months. Coinbase earns commissions as a percentage of whatever cryptocurrency it trades, so that will hurt results, even if volatility remains. And yes, Coinbase's commission rates are much higher than traditional brokerages focused on equities, so as more competitors jump in, there could be significant fee pressure.

Cryptocurrency is still a new asset and is highly volatile, with only vague notions of intrinsic value. Yet it does appear at least some cryptocurrencies aren't going away anytime soon. Coinbase should benefit from continued interest in crypto over the medium term, as it's a first mover with 108 crypto assets on its exchange as of last quarter, and it has never been hacked. That brand recognition, depth of offerings, and safety track record should allow for Coinbase to benefit from any long-term utility in cryptocurrencies, especially from institutions and wealthy clients.

Analysts appear to be bullish on the company, and unlike other early-stage SPACs, Coinbase doesn't look overly expensive -- provided the cryptocurrency trend holds up. Shares trade at just 26 times next year's earnings estimates and only 19.6 times its annualized first-quarter results. So, even Coinbase analysts already expect some declines in Coinbase's earnings next year. Yet most still believe in the stock, with the average target price among 15 analysts at $388.27, about 72% higher than shares sit today. Of note, the most bullish analyst -- clearly a believer in both crypto and Coinbase's moat -- has a price of $650, 190% above today's price.

Big swings, but with risks

Investing in early-stage companies can lead to huge rewards down the line, as these analyst targets show. Just remember that with any newly public company, there are risks as well, so make sure to size your positions in these exciting but volatile names accordingly, as their stories can change quickly.